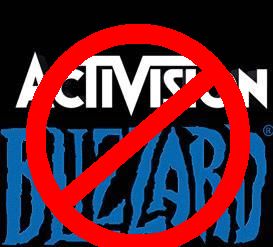 Let me repeat that.  Starcraft II players banned for using cheat codes in SINGLE PLAYER CAMPAIGN!!!! Some members of the Cheathappens.com community have been receiving emails from Blizzard concerning temporary and permanent bans for using hacks and trainers during single player games against the computer AI.

“We take cheating in our games very seriously,” said a Blizzard spokesperson in a press release. “If you’re caught cheating in Starcraft 2, Blizzard, as per the terms in the EULA reserves the right to ban your battle.net account and/or CD key from ever playing again, online or off.

For those who have ever wondered/asked my why I said I would not buy Starcraft 2 or Diablo 3 due to the mandatory Battle.Net integration, I think I have found the best argument. A single player game has no bearing on Leader Boards, Ladders, Tournament play, or any other multiplayer aspect of Battle.Net. If Blizzard wishes to ban you from Battle.Net play they have that right as a private network. But to prevent you from being able to play single player on your own computer is theft as far as I’m concerned. These people paid for the game, they should damn well be able to use their legally purchased merchandise.

In an e-mail to a CheatHappens user appealing their suspension, the company claims that single player does indeed have an affect on multiplayer. “While single player games only appear to be you and a computer at first, your achievements and gamer score also carries weight and prestige for your online play,” read the email.

Ya right. Like the first thing anyone does is look at their opponents single player achievements.

What you have done Blizzard is not protect Battle.Net from an undesirable element. What you have done is created at least one new software Pirate for every ban you have sent today. If I had received such an email I would immediately have hit Gamecopyworld or any of the thousands of sites that will show me how to get around your ban to allow me to use my legally purchased product. Then I would encourage others to follow suit. This crap needs to stop.