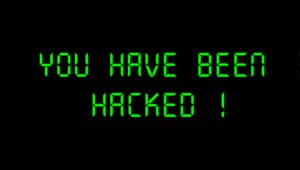 Earlier this week the Steam forums were comprised.  It didn’t seem like too big a deal at the time.  After an internal investigation Gabe Newell of Valve has announced that it wasn’t just the forums that were compromised.  The intruders got a hold of a database of user names, hashed passwords, encrypted credit cards, purchase history, email and billing addresses.

This was revealed in an email to all steam users which we are reproducing below.

Our Steam forums were defaced on the evening of Sunday, November 6.  We began investigating and found that the intrusion goes beyond the Steam forums.

We don’t have evidence of credit card misuse at this time. Nonetheless you should watch your credit card activity and statements closely.

While we only know of a few forum accounts that have been compromised, all forum users will be required to change their passwords the next time they login. If you have used your Steam forum password on other accounts you should change those passwords as well.

We will reopen the forums as soon as we can.

I am truly sorry this happened, and I apologize for the inconvenience.

For the TL;DR crowd.  You will be forced to change your passwords on your next login and you should start watching your credit card statements for unusual activity.

On the bright side. At least they encrypted most of the information. At this point though, with so many companies getting hacked, I think it’s time for all the information to be under some sort of encryption. It doesn’t take that much information to get identity theft rolling.