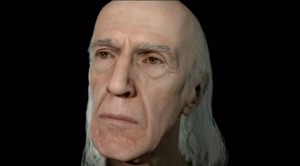 For the better part of a decade, studies have shown that many young gamers have faster mental processing speed and better visuospatial processing, but few have investigated any positive effects that carried on into later adulthood. Now, a study performed by researchers at North Carolina State University and Georgia Tech has found some evidence that older gamers may receive benefits from continuing to play, too.

The study, published in Computers in Human Behavior (requires pay access), looked at 140 adults ranging from 63 to 92 years of age, broken into three self-reported groups: regular gamers (once per week or more), occasional gamers (about once per month to once per week), and non-gamers. The participants were asked a series of questions regarding various aspects of their quality of life. The results suggested that non-gamers showed higher negative affect and lower overall well-being than their gaming contemporaries. While the other statistics were not significantly different, gamers also showed marginally higher social functioning and lower rates of depression.

Of course, this is just a correlation, not a causation. This study just looked at the current state of these participants, not whether adding gaming to their daily life made a difference, but Dr. Jason Allaire and colleagues are working on that as well: “The research published here suggests that there is a link between gaming and better well-being and emotional functioning. We are currently planning studies to determine whether playing digital games actually improves mental health in older adults.”

While the study certainly had its limitations, such as a somewhat small sample size, it nonetheless still managed to show some interesting trends. It would also be interesting to see how the breakdown would look if the researchers classified what types of games they played as they did not look for socio-emotional differences between people who primarily played Windows Solitaire and those who still look to teabag their victims in the latest Call of Duty title.