Do you have a mystery that needs solving? Were you framed for murder and the culprit is going to get away with it? If so, you may want to hire some of these famed detectives. They are the best at what they do, and they come from many different backgrounds to ensure that no mystery is left unsolved. They are some of the great super sleuths that anime and manga have to offer. 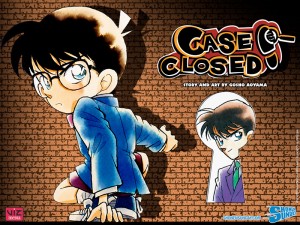 “Only one truth prevails.” These are the immortal words spoken by the teenager turned child detective Jimmy Kudo (Shinichi Kudo in Japanese). Starting off as the world’s greatest teenage detective, Jimmy encountered the Black Organization while solving a murder at an amusement park and while investigating them, he was ambushed and given a poison. In a twist of fate, the poison didn’t kill him but reverted him into a child. To find out more about the Black Organization, he adopts the persona of Conan Edogawa (derived from Arthur Conan Doyle, author of Sherlock Holmes, and Edogawa Ranpo, a famed Japanese author) and moves in with his high school friend and her detective father.

You might think being a kid would prevent Conan from solving mysteries, but thanks to the help of Dr. Agasa’s crazy inventions and his kid friends from the Junior Detective League, he is able to solve each case, knock out a suitable adult (usually the detective), and mimic their voice using a voice changer. Although certain cases have brought Conan closer to finding those responsible for his predicament, he is still a child detective to this day. Detective Conan director Gosho Aoyama has teased of a future ending, but has no plans to end the series anytime soon. 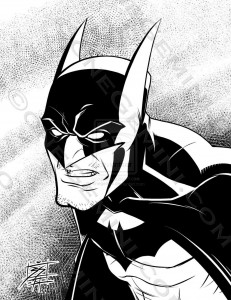 There are very few people who can match Batman’s detective prowess and ability to spend copius amounts of money on high-tech gadgetry. Some might be questioning why Batman is showing up on an anime and manga list, but believe it or not, back in the 1960’s, a Batman manga was produced, with full permission from DC Comics.

It all started with the Adam West portrayal of Batman, which started a Batman craze in Japan. Manga magazine Shonen King then produced their own version of the caped crusader with his own new story line.Unfortunately, the manga didn’t last too long, and within a year, it was long gone. There are other adaptations of Batman in Japanese manga, including Batman: Child of Dreams and Batman: Death Mask, as well as a book on the history of the Bat in manga called Bat-Manga (ha, that’s clever): The Secret History of Batman in Japan. 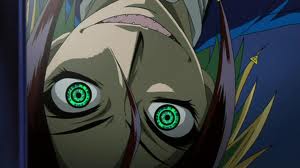 Neuro is a demon with an insatiable appetite for solving mysteries, and the energy given off from solving a particularly difficult mystery gives him sustenance. After solving every mystery in the demon world, Neuro realizes that Earth has plenty of it’s own mysteries and leaves the demon world in the hopes of finding the ultimate mystery to satisfy his seemingly insatiable hunger.

When Neuro arrives on Earth, he begins to work with a high school girl, Yako, who’s father was murdered but was ruled a suicide. Using Yako as his stooge they open a detective agency so they can solve mysteries for Neuro. Yako gains the reputation of a great detective because of Neuro’s influence. Neuro pretends to be Yako’s apprentice while he does most of the leg work, and when it’s time for the big reveal, he tells Yako the perpetrator so she can gain the credit, and in turn build their clientele to receive the most difficult cases. Neuro employs a plethora of demonic weapons and gadgets which allow him to examine crime scenes with ease. When the mystery is solved, Neuro turns into his demonic form and eats the energy gained from the mystery being solved, complete with a polite “Thank you for the meal.” 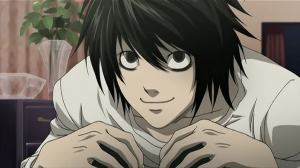 When criminals start dying left and right from heart attacks, L, a mysterious character who solves cases from behind a computer screen, decides to take action. With his first public address to the world, he was able to deduce that not only could Kira (the perpetrator of the heart attacks) kill his victims by using a name and a face, but pin pointed his general location in Japan.

Soon both Kira and L began playing cat and mouse with each other to see who could figure out the other’s identity first. Technically, L did discover Kira first, but to others it was mere speculation, as L did not have the evidence needed to prove Kira’s true identity. Kira never did directly find out L’s name, but he did begin a series of events that led the Shinigami Rem to kill L. In the end, it took two of L’s successors, Near and Mello, to hunt down and finally stop Kira, but none of that would have been possible if not for L. 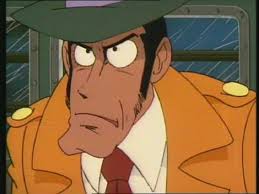 You could call him the anime equivalent of Inspector Javert, as Inspector Zenigata has dedicated his life to capturing and imprisoning the elusive thief known as Lupin. Originally starting out as a police investigator hoping to catch Fujiko Mine, he eventually met Lupin when his pursuit of the latter brought him to New York. After their fateful encounter, Zenigata joined Interpol so he could openly chase down Lupin.

At first glance, Zenigata might seem like a bumbling idiot who is always outsmarted by Lupin and his crew, but Zenigata has had moments of genius that allowed to him to almost catch Lupin on various occasions. He is also a skilled martial artist, has taken down many attackers at one time, and seems to possess some super human abilities, mostly when Lupin is involved or mentioned. Zenigata has been able to escape from metal cells and even wake up from a coma after almost dying from a bullet wound, just because someone mentioned Lupin’s name. Tenacious, smart, and in need of anger management, Inspector Zenigata is probably the only one who will have a chance at catching Lupin and his gang, but even then the odds are never in his favor.

What are your favorite detectives from anime and manga? Let us know in the comments below, or you’ll be haunted by either a shinigami or a mystery loving demon!