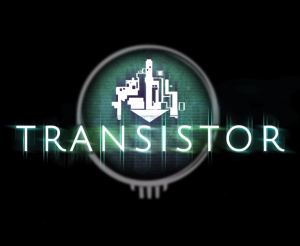 Supergiant Games seems to have transited wonderfully into their next game, Transistor, which they put up a trailer and screenshots for last Tuesday. The images displayed an angry-looking redhead named Red wielding a high-tech sword named the Transistor against different types of enemies. Supergiant clarifies:

Transistor invites players to wield an extraordinary weapon of unknown origin as they explore a stunning futuristic city…In Transistor, players assume the role of a young woman who gains control of a powerful weapon after a mysterious group of assailants nearly kills her with it. Now she must fight from street to street against forces that will stop at nothing to recover the weapon. During the course of the adventure, players will piece together the Transistor’s mysteries as they pursue its former owners.

The game seems to share similarities with Bastion, not just in playing style, but also with narrative. Logan Cunningham (who voices Rucks, the narrator in Bastion) makes a return ‘in a vocal capacity‘, and Supergiant answered a fan’s question on Facebook by mentioning the continuation of the voiceover technique used in Bastion.

These details were clarified at Supergiant’s booth at PAX, where they played the first 14 minutes of the game. Logan Cunningham gives his voice to the weapon, teaching Red how to use the Transistor, providing some background, and lamenting that he was the reason Red lost her voice to a mysterious ‘Them‘. From the preview, Transistor showed a wildly different style of combat than Bastion. This system allowed the player to plot out attacks beforehand and then carry them out, versus Bastion‘s style.

Transistor will be out sometime in early 2014. Meanwhile, you can check out the trailer below, courtesy of Supergiant’s YouTube channel.