I’d like to think that Sega read my review of the game and jumped right on fixing the problems, but I know I’m not the only one who had issue with the load times in the PS3 version. It looks like they will be releasing a Japanese patch to the PS3 version of Bayonetta tomorrow that will allow gamers to install the disc to their PS3’s hard drive, ostensibly removing most of the load time issues. Unfortunately, there is no word on a North American patch or whether this will solve some of the lag problems, as well. Depending on how the patch goes, I may have to change my earlier advocacy of the 360 version to a toss-up.

I picked Bayonetta as my game of the month prediction for January, did it live up to expectations? 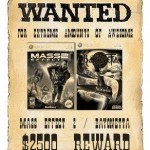 Sega Europe has uploaded a new trailer for the upcoming action game Bayonetta, directed by Hideki Kamiya, maker of Viewtiful Joe and Devil May Cry. Catch it here.