EA’s press conference may be over, but the mark they made isn’t. Come and see what games were revealed and what we can expect in the near future. 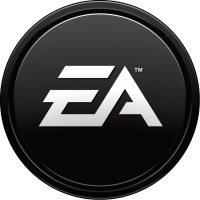 After years of using online passes to deter the sale of used games, Electronic Arts has ended the controversial program.

Medal of Honor: Warfighter is the latest title in Danger Close’s long-running series, and it’s also the most disappointing. Read on to find out why.

Recently, Electronic Arts came under fire for their decision to include the Taliban as a playable force in their upcoming Medal of Honor game. The U.S. military said that they would refuse to stock the title in their on-base stores if it contained the ability to play as the Taliban. EA did not make any comment at the time about how they would handle the situation, but now Executive Producer Greg Goodrich has released a statement on the Medal of Honor website indicating the removal of the Taliban name from the game.

Late last year, FUNimation filled their of Director of Original Entertainment position, but we haven’t heard anything from them until now.