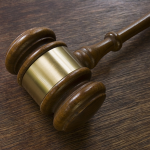 The rumblings that another iteration of Nintendo’s DSi handheld grew loud this week with good reason. The new supersized DSi LL was officially announced by the house of Mario.

So Nintendo will start selling the Wii at $199 for North America starting November 27th. The amazing thing is not that Nintendo finally is giving folks a price cut. It’s that they still make money on the system sales. The “standard” thing to do is to sell your system as a loss leader and make up the money in game license fees. Nintendo not only sells their systems for profit, they sell more of them than their competitors. PS3 24.6 million as of August 5, 2009 XBOX360 31 million as of August 27, 2009 Wii 52.62 million as of June 2009. Well Nintendo is looking to further system sales. Not… Read More

According to USA Today, in an interview with Mario creator Shigeru Miyamoto, he confirmed a “demo mode” that will allow the system to “play” the game for you. This is intended to allow you to get past difficult parts and retake control to finish the game. This new feature will debut on The New Super Mario Brothers Wii game. I guess Nintendo wanted to put Gameshark out of business. Why else would they program “cheating” into their games? I hope they at least put a different ending in if you use the hack to complete the game. This is actually on step beyond the Gameshark since it never played the… Read More

The Highlights of the Nintendo Press Conference. Updated With Video as it becomes available.