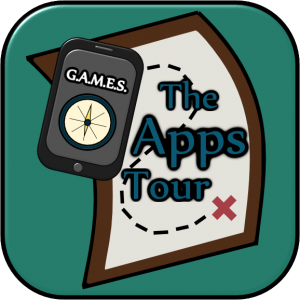 The previous edition of The App Store’s Finest was all about getting you accustomed to the kind of games The App Store has up for grabs, and the kind of games you can expect to learn about in this series feature. Despite being expertly crafted, these titles fail to get the attention they so rightfully deserve. Often many people pass them up just because they didn’t hear much about the developers, or because the games are priced more than they would like to pay, or maybe because the game failed to receive a combined customer rating on the App Store. Well, save every penny, because you’re going to need it after you go through this second edition of The Apps Tour. Hope you enjoy.

I absolutely love games which employ music as a central theme, and Jazz is just one of those games. BulkyPix delivers an excellent puzzle-platformer with Jazz: Trump’s Journey, where you play as Trump, an aspiring young musician. His only dream is to become a Music Star, and he sets on his journey playing his trusty Trumpet. On the way he meets new, eccentric characters who join his entourage playing other instruments like Trombone, Saxophone and such. Each level has you make your way through various separate sections each with its own puzzles to solve, and each level has 80 musical notes and 10 photos to collect as well. You can even stop time to help you in the platforming part, and with moving & rotating platforms to cross and crates to move, you’re gonna need it too. What makes this game so good is the brilliantly composed, smack-on jazz music score that just proves to be a sensory overload, in a good way. The controls are responsive, the 2D art style beautiful and overall Jazz: Trump’s Journey makes for an enjoyable, musical trip.

The App Store is not new to physics based puzzle games, and most out there offer a fair bit of challenge. StringZ is yet another one of those, and it is pretty tough. Developer Wingz Studios has done a really good job with creating a puzzler that really gets your grey cells jumping. In StringZ you play a cute little ball-shaped alien called Z. After being stuck in a giant mechanical arm, it’s your job to get him to his rocket ship. You draw strings in the level to do so, and there are different types of strings available too, such as elastic or normal. Different obstacles get in your way, like bombs, lasers, or black holes. There are three stars to collect in each level as well. The visuals are well done and really charming, the puzzles are clever and so is the level design. If you love physics puzzlers, don’t hesitate to get this one. There is a lite version available too if you want to try it before you purchase it.

Have you ever played Super Meat Boy? If you have, then you’ll know that when I say that it has possibly one of the best controls in any platformer to date, I am not exaggerating. Now, if you wish an iOS game had such responsive controls too, then developer Ravenous Games has got you covered. League of Evil is one of the best platformers the App Store has ever seen. And it is also really hard, requiring quite a bit of skill on the player’s part, though not as excruciatingly hard as Super Meat Boy. With tight, fluidic controls, moving around the levels has never been so enjoyable. Each level has a time limit. Depending on how much time you take to complete it, you are awarded stars. There are bullet-shooting soldiers to dodge, spikes and lasers to avoid  and an evil scientist to kill at the end of each level. There’s a briefcase to collect in each level as well. There are 20-25 levels in each of the 5 chapters. While the initial levels are geared more towards those who love a fair bit of challenge, the last chapter, titled “The Impossible Missions,” are exclusively for those who love getting their asses kicked. Those missions, as the title so conveniently puts, are next to impossible. With such amazing platforming, and retro style visuals, you won’t regret spending a dollar on this excellent platformer.

Yearning to get your hands on insanely creative, yet ultimately simplistic title? Well, Osmos is here to the rescue. Developed by Hemisphere Games, Osmos is an intriguing part-physics/part-strategic game about consumption and expansion. You start out as a small orb-like organism, and your objective is to consume organisms smaller than you, and eventually become the biggest orb in the confined area. You can touch to propel your organism in a direction, flick left or right to slow or fasten up time and even pinch to zoom. The beauty of the game lies in its simplicity. If you move your orb, it’ll release small mass particles for propulsion which can be consumed by other nearby orbs making them bigger and you smaller. Every action you do has an effect on the world around you. Coupled with the hypnotic soundtrack, minimalistic yet mind-blowing art style, Osmos is quite possibly one of the most creative titles you can own. Grab it as soon as you can.

BBC Entertainment tries its hand at creating an elaborate puzzle-strategy hybrid game, and it succeeds to a large extent with Ka-Bloom. You control Floret, a sunflower of sorts. Each level has various gems and coins for Floret to consume. The trick is that each time Floret consumes a gem, his aura expands, and once his aura reaches the pre-defined limit, the level ends. Which means you won’t be able to consume any other remaining gems or coins. So that’s where the strategical element comes in. You can even create hotlinks, which is attaching one chain to the end of the other in the later levels. Consuming gems quickly increases the multiplier, letting you achieve higher scores. You are awarded stars based on three criteria: Everything Eaten, Minimum Score Beaten, and Level Completed. The stars can be used to further improve Floret’s stats, like increasing the number of chains that can be created, or increasing the length of chains that can be created. All of these tiny elements tie in to create a deep and satisfying puzzle experience. Add in the vibrant, colorful visuals and soothing soundtrack, and it’s a complete package. For $0.99, you really can’t go wrong with this one.