When asked about the most important thing about the 4th of July, any American would probably answer, “Freedom.” The second most important thing would be, of course, “blowing things up.” It’s true; we do ever so love explosions, especially when it comes in the form of fireworks. Ever since I can remember, the beautiful and potentially dangerous combination of barely-controlled pyrotechnics has captivated me. Video games understand this universal fascination, and offer a much more finger-safe way for people to enjoy them. That’s why, in honor of the burn ward’s busiest night of the year, we’ll be taking a look at some of the most memorable fireworks displays in video games. Some of these moments are emotional, while others are triumphant, but each of them would feel just a bit empty without those awesome explosions. 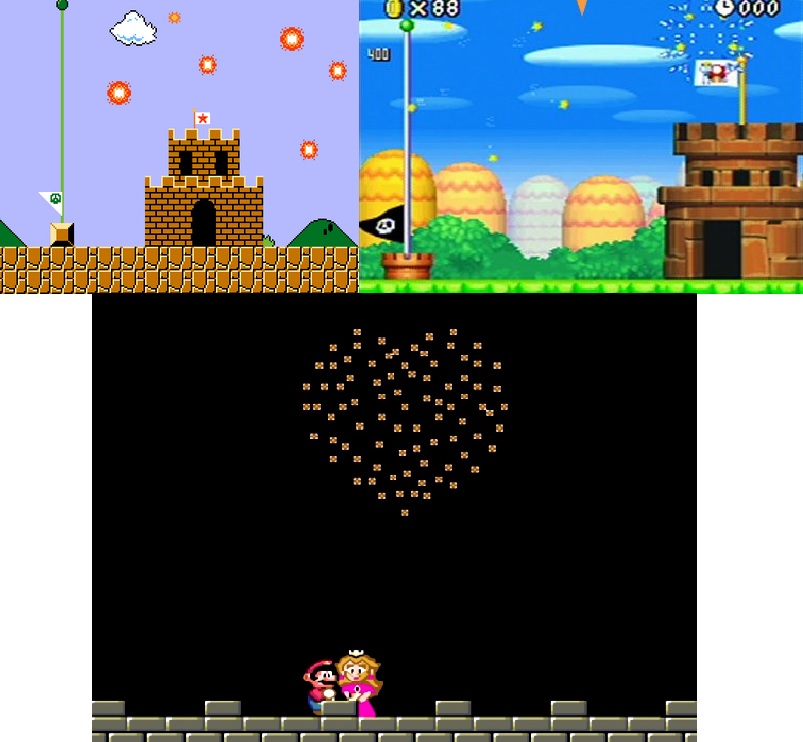 Probably the most iconic fireworks displays in gaming comes from the adventures of everyone’s favorite red-capped plumber. Several Mario games, from the original Super Mario Bros. to Galaxy 2, feature pyrotechnics at the end, a suitable celebration of a rescued princess. For the more traditional 2-D games, however, seeing the fireworks meant that the player had uncovered one of the most subtle secrets in gaming. When the fireworks appeared and how many explosions there are is actually tied to the how the level is completed. Most often, this meant reaching the flagpole with the timer displaying certain numbers. In New Super Mario Bros Wii, the explosions were unlocked in single player by escorting a toad all the way to the end of the level. Either way, these were some of the first secrets many new gamers found, and many didn’t even understand that something special had happened. Other than the kick ass fireworks, of course. 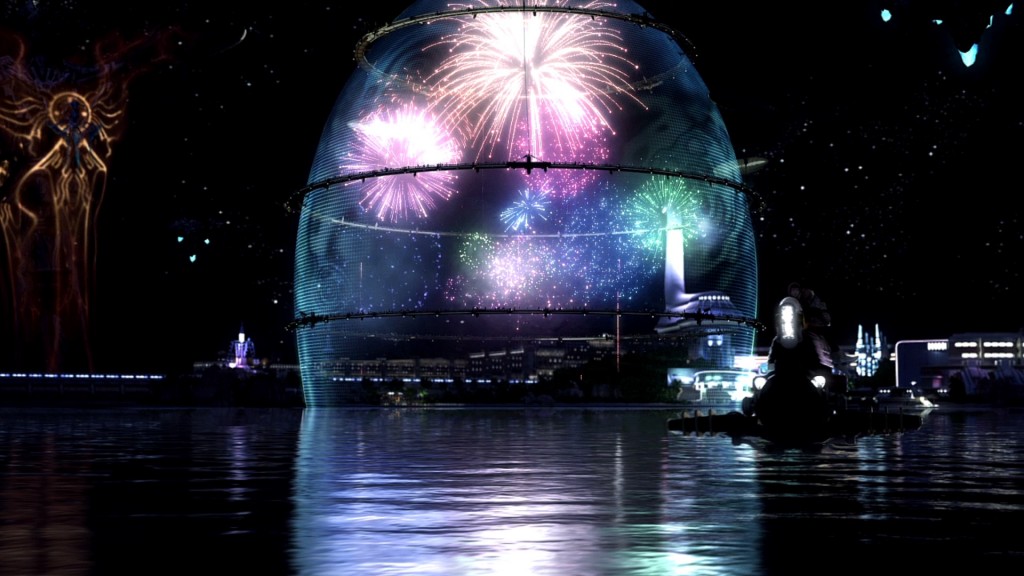 The story of Final Fantasy XIII has an interesting structure; the characters’ actions and the event’s leading up to the start of the game are explained in a staggered series of flashbacks. This lends the game a sense of mystery, as players slowly come to understand what brought all of these different people together. One of the points most heavily covered by these flashbacks take place in the town of Bodhum,which was holding a fireworks display. Almost every party member you collect is at this celebration, which offers the unique chance to view the event from multiple perspectives, with the most interesting of these coming from Snow, who proposes underneath the fireworks. This sequences offers a sweeping view of the display, which is easily the most visually stunning on this list. Its a simple yet powerful moment that resonated with me, and made me feel more connected to the characters and their motivations than any amount of dialogue could have done.

Winning the award for “Most Likely to Have Been Seen by Your Mother,” the fireworks display in Peggle is seen upon the completion of a stage. However, just describing it doesn’t really do the sequence justice; it really must be seen and heard. Upon successfully hitting the final peg, the camera zooms in, the game slows down, and a choir begins singing, praising you for your accomplishment. When you ball finally falls to the bottom, fireworks spew from the hole, filling the entire screen, before a rainbow arcs across as the finishing touch. Its incredibly satisfying, which explains just how successful the game is at attracting the casual market. If you’ve never experienced this for yourself, never fear; during its E3 press conference, EA announced that they were working on Peggle 2, which will almost certainly throw enough bright colors and shiny things to blind any player foolish enough to make the attempt. 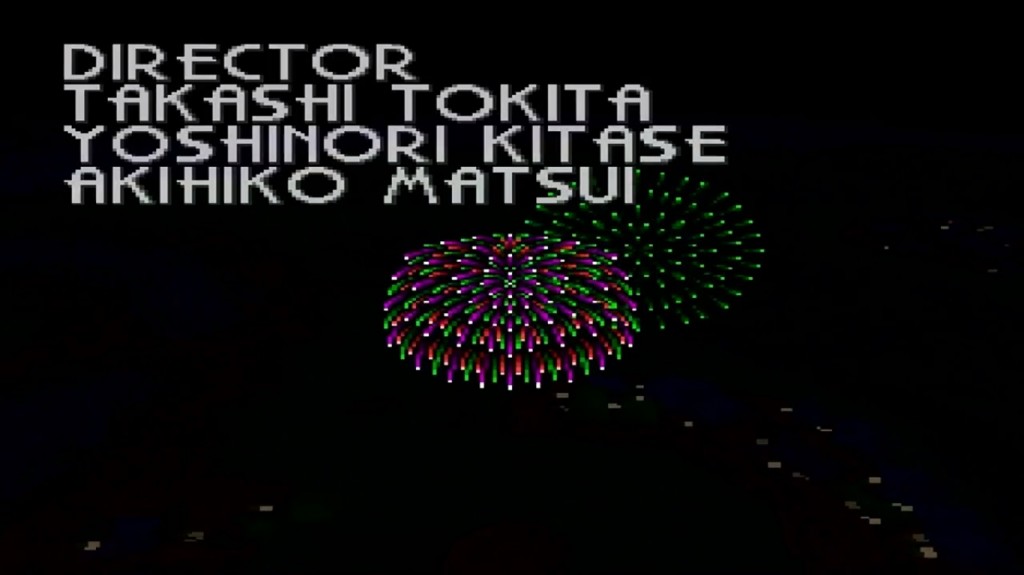 Another entry in our “emotional JRPG fireworks” comes from the ending of Chrono Trigger, one of the most beloved games on the Super Nintendo. After confronting Lavos and saving the world once and for all, our heroes are finally allowed to enjoy the festival that started the entire game. This includes a moonlight parade, dancing, and of course, fireworks. As the credits slowly start to roll, the game shows off its Mode 7 graphics, slowly spinning around the colorful fireworks and the festival far below. Of course, there are many alternate endings to Chrono Trigger, but this is the true ending, so its the one I tend to remember most clearly. I might have joked about it earlier, but I found this to be a truly emotional moment, as it signified the end to my journey with some of the most charming characters I’ve ever encountered in a game.

On their quest to save the world, and their Halloween candy, from the forces of evil, Wren and Reynold must harness the power of cosplay to succeed. After scrounging up enough random materials to make a themed costume, the children can they used those outfits in battle, gaining access to special abilities. These costumes range from holiday staples like a vampire or cardboard box robot to more outlandish creations, such as a unicorn or french fry monster. One of the most interesting costumes, however, is the Statue of Liberty, which, aside from unleashing the power of freedom and fire, has a special attack that heals your party. As you can see above, this move is accompanied by all of the fireworks, eagles, and spangled stars that one would expect from such an American icon. This patriotic display is just hilariously cool, to the point where I rarely had a team that didn’t include this costume for the entire game.

Can you think of any other amazing firework displays in video games? Please share them in the comments below.