This might come as a surprise to all of you, but I love video games. It’s been my favorite hobby since middle school, and I try to get my hands on as many games as I can. Sadly, its sometimes just not possible to keep up with all of the new titles coming in. Sometimes its just a matter of money; gaming isn’t cheap, especially when buying new games. Mostly, though, its simply due to a lack of time. There simply aren’t enough hours in the day that aren’t already being taken up by other aspects of life. The end result is that there are games that I miss when they first release, forcing me to add them to my ever-expanding backlog list. This has been especially true in 2013, as there has already been a ton of fantastic games released for every system. That’s why, about two-thirds of the way through the year, I’d like to step back and take stock of the games that I need to add my queue, as well as mention the ones that I did get around to. 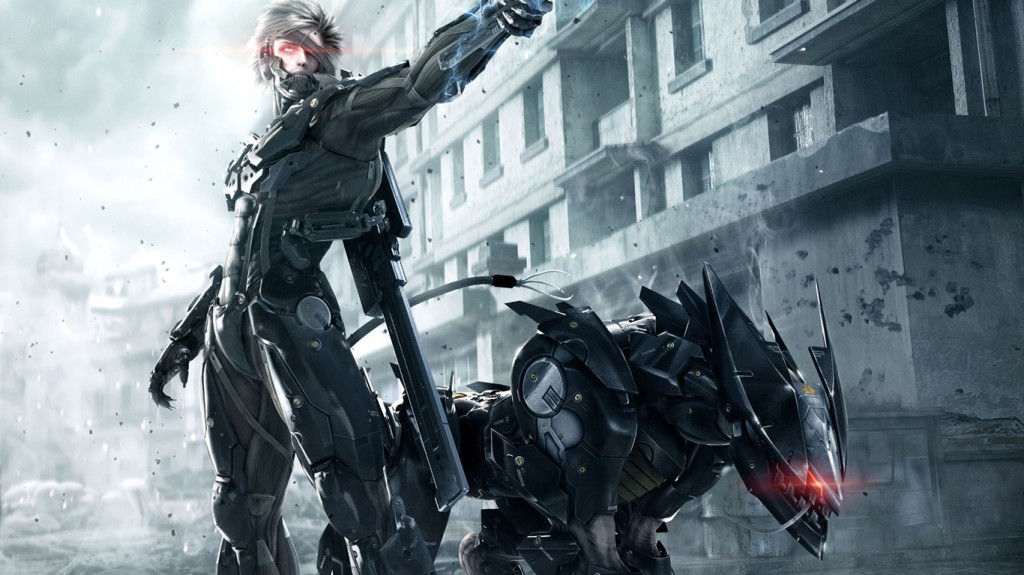 Normally, the beginning of a new year is a fairly slow time for video games. Fat and sluggish off of the glut of Holiday releases, it normally takes the industry until March or April to work off those extra pounds and really get into the swing of things. This year, though, they really hit the ground running. Capcom started 2013 out strong with DMC, the prequel to the prequel that was Devil May Cry 3. Aside from the stupid name, I’ve been really into everything I’ve seen from that one. All of the ridiculous action and smooth controls seem to still be in place, and a black-haired protagonist really didn’t bother me that much. After all, I put up with Nero through Devil May Cry 4 (seriously, screw that whining little wanna-be). Even into February, the action didn’t miss a beat, with the release of both Dead Space 3 (let’s be honest, co-op in a horror game turns it into a action game) and the bafflingly-titled Metal Gear Rising: Revengence (Come on, its got a robot ninja! That’s everything you need!). RPG and strategy enthusiasts weren’t left out of the picture, either, with the long-awaited Ni no Kuni being finally brought stateside. Looking like a  playable Ghibli movie, this game was made by Level-5, who made Dragon Quest VIII, one of my favorite RPGs for the Playstation 2. Soon after, Skulls of the Shogun launched for the Xbox 360 and PC, combining clever turn based strategy with the most adorable skeletons I’ve ever seen. For gamers on the go, Etrian Odyssey IV launched for the 3DS, bringing with it the same open-ended dungeon crawling that punishes any player naive enough to ask for conveniences such as an automatic mini-map.

Well, what were you doing this whole time?

Faced with all of the releases at the beginning of the year, I’ve managed to pick up quite a varied library. From the bizzare and clever folks at Double Fine came The Cave, an adventure game starring seven different characters, such as a scientist, monk, knight, or hillbilly. The first co-op adventure game I’ve ever seen, it was amusing to team up with friends to try to work our way through a passive-aggressive sentient cave. At first glance, Antichamber would seem to share a lot in common with a certain other first-person puzzle game featuring a special gun. Then I turned around to find that the room I was in had warped while my back was turned. I’m still scratching my head trying to figure out how to complete the game. Another game I haven’t gotten that far into yet is Strike Suit Zero, a mech shooter that scratches my Zone of the Enders itch quite nicely. Mostly, though, I found myself channeling my inner masochist by playing Fire Emblem: Awakening while on hard, classic mode. Oh, don’t get me wrong, the game is awesome, its just that it made me want to rip my hair out sometimes. 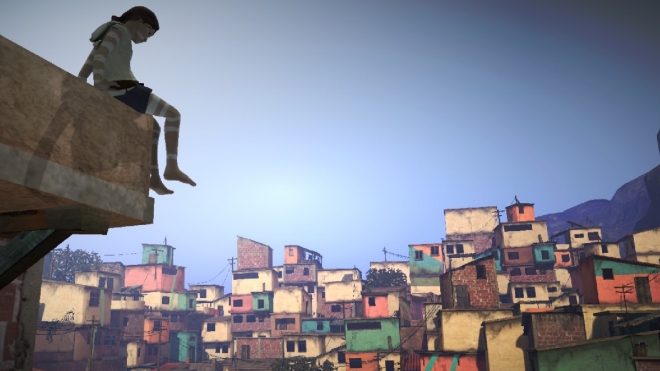 With the release of Heart of the Swarm, Blizzard caused a disturbance in the Force this spring, as if millions of gamers everywhere were crying out in pain as they got their ass handed to them by a Korean guy. The first entry in the Starcraft II trilogy was a lot of fun to play either solo or in multiplayer, and its kinda-sequel seems to be a continuation of this trend. Meanwhile, Wii U owners tired of Mario and zombies finally got some excitement, with both Lego City Undercover and Monster Hunter 3 Ultimate coming in short order. The Year of Luigi (as we learned that 2013 was called) started off right by releasing Luigi’s Mansion: Dark Moon, an impressive looking ghost-busting adventure that’s received nothing but praise. This period also saw quite a few interesting looking indie games coming to the PC. The sequel to my favorite (not to mention the only good) horror game from last year, Slender: The Arrival, promises to up the ante, and I can’t wait to get some unsuspecting soul to try it out with me, Muwahaha. Ahem… sorry. In any case, other indie titles that I haven’t gotten a chance to play yet include the emotional and stylish Papa & Yo, the Ocean’s Eleven wish-fulfillment Monaco, the area shooter that turns the crazy dial to 11, God Mode,  as well as the most adorable survival game I’ve ever seen, Stay Alive. I’m also hoping to get to Dragon’s Dogma: Dark Arisen, hopefully before Dark Souls II comes out and takes all of my attention.

That’s quite a lot missed, did you play anything at all?

I spent the first part of the spring playing, well, Fire Emblem (hey, I told you I was on hard mode!). After finally reaching the credits on that, I got my hands on Bioshock Infinite, which is definitely one of the best shooters I’ve played in quite some time. With its unique and beautifully realized world, top notch voice work, and just the perfect dash of wibbley-wobbley thrown into the mix, Infinite is a fantastic ride from start to finish. For those who don’t mind a lot of violence, I would definitely recommend checking that one out. On the other end of the shooter spectrum is Black Rock Shooter, a PSP action game based off of an anime that you’ve never heard of. While the gameplay was fairly polished and simple to master, the lack of variety, combined with a completely stupid plot and characters, left this one feeling a bit underwhelming. Rounding out this period for me was the release of the Legend of Zelda: Oracle of Ages and Seasons on the 3DS E-shop. I’d never played those game when they were first released on the GameBoy Color, so I was very excited to finally be able to sink my teeth into them. Currently I’m working my way through Oracle of Ages, but the promise of interconnectivity between the two games should ensure that I’ll get to Seasons at some point. 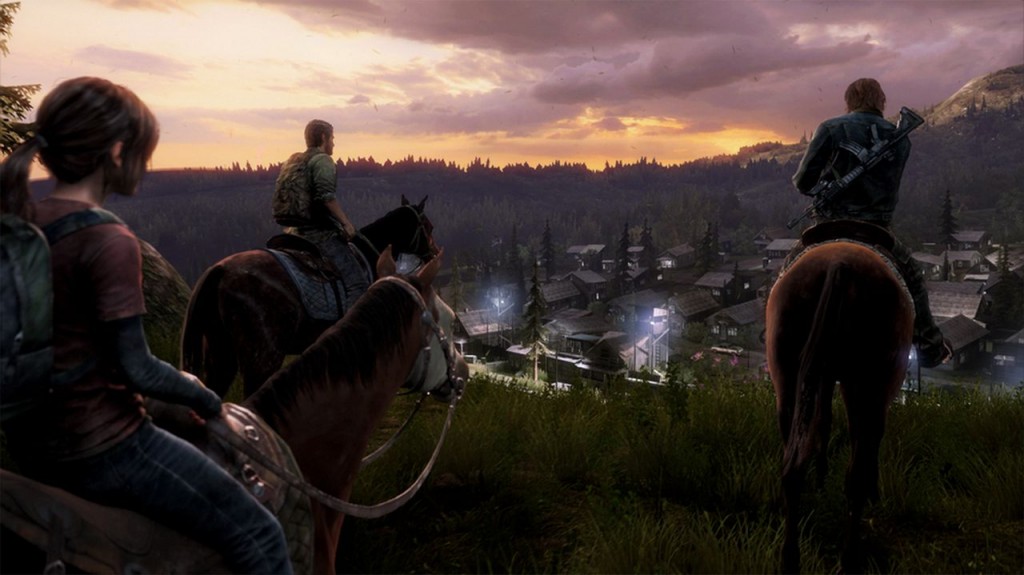 As the summer was just getting under way, Capcom brought out Remember Me, an action platformer that combines the near-future aesthetic of Deus Ex with the free-running gameplay of Assassin’s Creed. To set it apart from the pack, the game allows players to enter the memories of targets and remix them, making the person misremember their own past.  The 3DS also got some more attention, with both the newest edition of the addictive “Sims but with animals” Animal Crossing: New Leaf and the unexpected stateside release of Project X Zone, a Tactical-RPG/Combo-Stringing-Brawler that mixes together characters from Capcom, Sega, and Namco into one giant cameo montage. For those Wii U owners who hadn’t had enough Mario platforming goodness, Nintendo released it’s first-every expansion pack with New Super Luigi U, adding in an impressive 70+ levels for fans of the original to try. To further appeal to their fanbase, Nintendo also released Earthbound, one of the most beloved RPG’s of the Super Nintendo, onto the Wii U Virtual Console. This marks the first time the game has been released in the States since its original launch in 1995. Konami also got in on the re-release action with Metal Gear Solid: The Legacy Collection, which brings together HD versions of Metal Gear Solid 1-4, as well as the handheld spinoff Peace Walker. While I love the franchise, I’ve still yet to play all of the games, which makes this definitive addition very attractive to me.

Well, surely you must have played something during the summer?

The mid-point of June was marked by one of the most anticipated games of the year, The Last of Us. The wizards over at Naughty Dog brought us their take on zombie games with some truly grotesque monsters, made all the more frightening by the spot on sound design and probably the best visuals on the PS3. The story and gameplay are equally polished, making for a tense, emotional game that  featured the most intuitive stealth mechanics I’ve ever seen. On the lighter side of gaming, I also got my hands on the mobile game Layton Brothers: Mystery Room, a charming mystery adventure game that brings Ace Attorney to mind, which is never a bad thing. At the moment, though, I find myself occupied with Shin Megami Tensei IV for the 3DS, which is the first installment in the main franchise since Nocturne in 2004. The game is an addictive monster collecting RPG, like Pokemon, except substituting cutesy creatures for deities, devils, myths, and legends from the real world. The improvements to the user interface have been greatly appreciated, as it removes a lot of the frustration that can come from sudden game overs.

And that about wraps up my summary of 2013 in gaming, so far. As you can see, I’ve got a lot of catching up to do. Fortunately, fall is when new game releases tend to slow down a bit, so I should be able to make some progress….. wait, what’s that? It’s only a week and a half into August, and I’ve already missed Tales of Xillia, Dragon’s Crown, Mario & Luigi: Dream Team, and Pikmin 3!? And there’s still DuckTales: Remastered, Saints Row IV, Final Fantasy XIV, Killer is Dead, Rayman Legends, The Wonderful 101, Beyond: Two Souls, Pokemon X and Y, Sonic Lost World, Batman: Arkham Origins, Assassin’s Creed IV, Watch Dogs, Donkey Kong Country: Tropical Freeze, The Legend of Zelda: A Link Between Worlds, and Super Mario 3D World coming before the end of the year? Uh…… I’ve got to go; I’ve got a lot of gaming to do.

Have any games that passed you by this year? Have anything you’re looking forward to for the rest of the year? Sound off in the comments below.