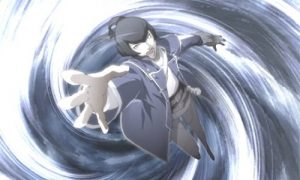 We’re back on an Atlus kick here at The G.A.M.E.S. Blog; several of our staff members are playing a Shin Megami Tensei or Persona game. You’ll also find handheld gaming across the board for us, from the 3DS to the Vita, along with some interesting anime and a nostalgic trip through that recent DuckTales remaster. Read on to see what we’re playing and watching this week!

Jimmy Stephenson, Staff Writer
For this last week, my time has, again, been thoroughly invested in Shin Megami Tensei IV. I’ve been continually impressed that, despite the updated User Interface and the streamlining of several gameplay elements, this game still presents a level of challenge and fairness worthy of its lineage. At times this can be frustrating, as a single mistake can let even the weakest of random encounters wipe out your entire party. However, when that does happen, it is always because I made the mistake, not because the game was being unfair. Even the boss fights, which can seem ludicrously unbalanced at times, can be conquered without always having to grind, like in so many other RPGs. For example, I managed to conquer one particularly annoying boss by poisoning it, which turned its three actions per round against it. I’m looking forward to seeing what awaits me further in. I did also find time to play the demo for the upcoming Wii U game, The Wonderful 101. The game was more directly challenging than I expected, as the screen was often filled with tons of explosions, enemies, and my own crew of misfit heroes. Still, it was a lot of fun to play, and I’m looking forward to its release about a month from now. As far as anime goes, I was browsing through Crunchyroll when Haiyore! Nyaruko-san caught my eye; specifically, the thought of the monsters of Cuthulu mythos being reborn as anime girls. Unfortunately, the first episode did very little to keep my interest. The show was filled with cliched “school girl with mysterious powers” moments, but nothing was done to take advantage of the potential of having a cast of some of the most bizarre and terrifying monsters in Literature. Maybe the show gets into that later on, but I for one will not be finding out.

Dan Furnas, Editor-in-Chief
Well, like last week, I’m still chipping away at Tales of Xillia, and while it’s still good, it’s just lacking that wow factor. Maybe I’d get a little more excited if the theme song were as good as “Ring a Bell” from Vesperia. I also put in a few more hours on Persona 4: The Golden while out and about, and if you listened to this week’s podcast, you’ve already heard about me assembling an indestructible persona army. I’m really liking Golden (even despite kind of breaking it), and I wish I hadn’t waited so long to pick it up. But the real big thing this week for me was DuckTales: Remastered. My review is up now if you want to hear all my thoughts, but in short, I really couldn’t be happier for $15. I’ve been champing at the bit since it was announced, and I’m sure I’ll be putting in a few more playthroughs this week and in weeks to come. I also got my review copy of Studio Ghibli’s From up on Poppy Hill this week, so I’ll be watching that this weekend, and that review will be coming pretty quickly for all of you.

Jennifer Griffith, Associate Editor
I’ve been playing Shin Megami Tensei IV for 35 hours total so far, and the story still has me thoroughly engrossed. I’m struggling with a boss fight myself right now (Stupid Xi Wangmu!), but I’ll have to try some clever tactics like Jimmy mentioned above and see if I can get past it. I did also boot up Pokemon Black 2 just long enough the other day to complete my New Unova Pokedex. It might not sound like much, but this is the first time I’ve completed any regional dex in all the Pokemon games I’ve played, so I’m pretty pleased with myself for snagging 300 different Pokemon. Looking forward to picking up X/Y Version when that comes out later this year! Other than that, I recently picked up Luigi’s Mansion: Dark Moon, and though I’ve only played the first couple of story missions, I’m finding the gameplay quite enjoyable. It’s fun to hunt for treasure and vacuum up those tricky ghosts with the Poltergust 5000, though I wish I could change Luigi’s DS communicator ringtone.

That’s what we’re geeking out over this weekend, but what are you into right now? Jump into the comments and let us know!