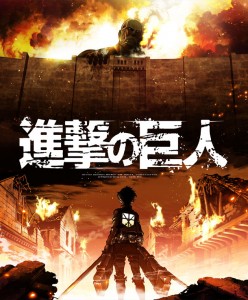 Welcome back to the Geekend, where The G.A.M.E.S. Blog cast gets together to chat about the games we’re playing and anime we’re watching this week. Everyone’s responses were more across the board this time, with SMT IV taking a backseat to some other games, several different anime series, and even some music.

Matthew Woolridge, Staff Writer
While most seem to be playing through, SMT IV, I can’t say I am one of them. I’m not against the series, because they are good games, but I just don’t have a Nintendo 3DS. On that note, I am playing through The Witcher 2, an RPG that takes a more realistic approach to morality by establishing that there is neither good nor evil. Instead, there are only the choices made by living beings. It is a very good game, and I am enjoying the story more than anything. As for anime, like many others, I am currently watching Attack on Titan, a story of what happens when humanity is caged up and sent to the bottom of the food chain. It is a very good anime with a lot of potential and a great setting; let’s hope it doesn’t waste its opportunity to be great through and through. Either way, I would recommended both the Witcher series and AoT based on what I have seen thus far, and I hope they continue to impress me.

Corey Hoffmeyer, Associate Editor
Assassin’s Creed 2 was one of the free games given away last month by Microsoft, and of course, I jumped right on that and gave it a download. While I’ve beaten the game once before, it’s still just as intriguing the second time around. It’s not nearly as vast as Assassin’s Creed 3, its narrative is much more focused and the ending doesn’t make me want to pull my hair out. As for what I’m watching, well…I’ve never exactly shied away from the fact that anime isn’t really my thing. However, I have started watching some Trigun, and I’ve been thoroughly impressed. The animation style is eye-popping, and the story is particularly engaging.

Dan Furnas, Editor-in-Chief
This week I played a little bit more of Persona 4: The Golden, and I’m about 10 hours in so far. Still enjoying it, but the reality is, it’s
getting shelved for Tales of Xillia. So far, Xillia has been enjoyable, but not that different from other Tales games…other than picking between two characters for the story and how leveling works. The use of the “Lilium Orb” system for leveling up makes it feel like the Crystarium or Sphere Grids from Final Fantasy. I’m also working on finishing up the Hanasaku Iroha review that I mentioned last week, and I’ve been checking out a few simulcasts. For those who aren’t afraid of ridiculous humor and fanservice, it might be worth checking out Hyperdimension Neptunia. Like the games, though, you have to approach it with the mindset that it’s the anime equivalent of watching Sharknado.

Jennifer Griffith, Associate Editor
I’m still playing SMT IV and still loving it. Other than that, I haven’t been doing as much gaming since I was out of town at a conference for nearly a week. I did bring along my 3DS, and I actually got way more tags than I was expecting. I guess the moral of that story is to always bring your 3DS with you when you’re going to any gathering of nerds! I’m organizing a Nintendo Meetup group for the San Francisco area this weekend, so I’m hoping to have a good multiplayer session of Mario Kart 7 or at the very least make some more progress on Puzzle Swap. (If you live in the area and want to join in, leave a note in the comments!) I’ve also been revisiting a lot of my favorite video game music lately at work. My playlist has mostly been OC Remix stuff like “Pokemon: The Missingno Tracks”, “The Sound of Speed” (a Sonic the Hedgehog album), and “25YEARLEGEND” (a Zelda 25th anniversary tribute album). There are a few great official remix albums I keep coming back to as well, including one for The World Ends With You, that jazz arrangement of some of the Ace Attorney songs, and “Never More Reincarnation: Persona 4”. I highly recommend any of these albums!

Of course, we could sit around all day and gush about what we’re up to, but we want to hear from you, too. Are you playing something awesome or watching some great anime series? Let’s not leave manga out in the cold either; what’s the latest series you’ve been reading? Get thee to the comments and tell us what you’re excited for this weekend!