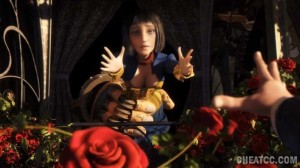 You’re probably having a good day, and that’s why I don’t want to be the one to tell you this. But, well, here we go:

But listen, it’s not that bad. Here’s what Ken Levine said in a personal message to fans: “I won’t kid you: BioShock Infinite is a very big game, and we’re doing things that no one has ever done in a first-person shooter. We had a similar experience with the original BioShock, which was delayed several months as our original ship date drew near. Why? Because the Big Daddies weren’t the Big Daddies you’ve since come to know and love. Because Andrew Ryan’s golf club didn’t have exactly the right swing. Because Rapture needed one more coat of grimy Art Deco.