JRPG fans who are eagerly anticipating The Last Story‘s release officially have another reason to be excited.

XSEED Games recently announced on their Facebook page that The Last Story will indeed receive a limited edition. First print copies will come packaged in a special game box along with a 44-page softcover artbook. All launch copies will arrive with the custom packaging, so if you’ve pre-ordered already, you should be good to go. Check out the goodies in the picture below!

Unfortunately, it’s not as awesome as the limited edition that was available in Europe, which came with a soundtrack CD. Nobuo Uematsu, known for his amazing scores in the Final Fantasy series, composed the music for this game, so it’s pretty disappointing that the CD isn’t included in the North American edition. Still, the special box and artbook look gorgeous.

Are you looking forward to playing The Last Story next month? Share your thoughts in the comments! 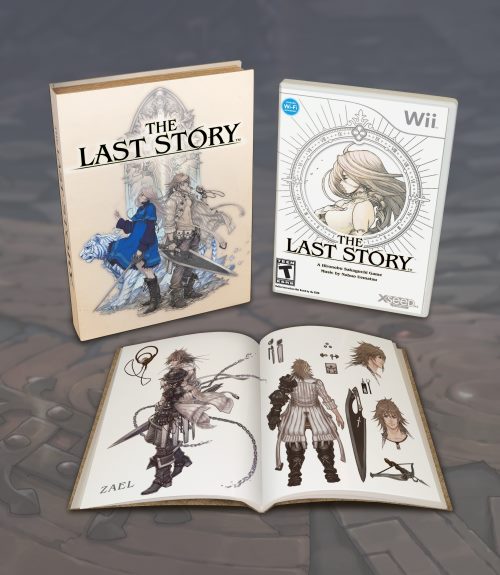