Come one, come all, to the first coupon clipper of June. The glory of E3 is nearly upon us, but what’s important is to not get sucked into all the next-gen hype and remember to save dough on all the current-gen gold we have taken for granted. Let’s get started, shall we?

Steam starts things off right by cutting down the caped crusader’s Arkham series 75% off, leaving Batman: Arkham Asylum at $4.99 and its sequel, Batman: Arkham City at $7.50.  Both games are their GOTY editions, which entitles you to all that delicious extra content that was released as DLC.  If you’d rather trade in your silly rubber mask for a spaceship, I have good news for you: Steam also has Eve Online: Amarr Explorer starter kit for 75% off ($4.98) and subscription plans for up to 27% off.  Now’s a good time for some massively multiplayer space monopoly, eh? 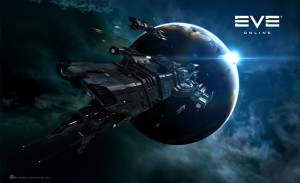 Greenmangaming beats Steam’s Eve Online deal by marking down all three starter packs by 75%, but then forgot to double-check Steam’s store, cutting Lego Batman down to just $4.99. Greenmangaming is also offering Fear 2 for a steal at an easy $3.74.  They set up a perfect scenario if you have a young niece or nephew over:  Sucker them in with Lego Batman, introduce them to Fear 2 until they’re so scared they start crying, and sedate them by playing a little Eve Online so they fall asleep, letting those nightmares ensue! On a side note, if you’re itching for a fantasy fix, you can pick up Guild Wars 2 for $39.99, which is 33% off its asking price.

Gamersgate doesn’t have a lot going on this week, but both Strike Suit Zero and Strike Suit Infinite are marked down to an attractive price.  Pick up Strike Suit Zero for only $6.78 ($10.02 for the collector’s edition) and Strike Suit Infinite for a paltry $3.50.  You can also buy the complete edition of Telltale’s The Walking Dead for $9.95 if you feel like spending more money than you have to and hate donating to charity. (If you don’t feel like doing that and love doing the charity thing, click here for the latest Humble Bundle.)

Lastly, as our first report on a non-PC sale, Nintendo slashed $10 off the digital version of Etrian Odyssey IV, leaving it at $29.99 until June 10th.  They also have both The Legend of Zelda: Oracle of Ages and The Legend of Zelda: Oracle of Seasons for $4.99 (instead of $5.99) until June 20th.  Looks like we’re saving you money for your on-the-go gaming as well! How about that?