Tired of your heroes using conventional weapons such as swords, daggers, guns, and even their fists? These sorts of weapons have become so cliché that a person isn’t even considered a “real” hero unless they wield something along these lines. However, there are a few hipster heroes out there that wield some pretty weird, but deadly weapons. While there are a myriad of options to choose from between anime and video games, these are just a few of our favorites. 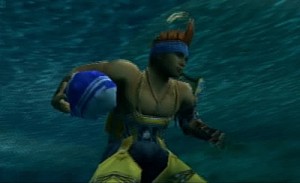 It’s kind of hard to go through a Final Fantasy game and not find some ridiculous weapons. Coming from a series that has given us things such as a gunblade, a wrist-mounted dog launcher, and a cat that rides a moogle with a megaphone, it’s hard to choose just one unconventional weapon. The one that separates itself from the rest, though, is the Blitzball. Why? Because it is nothing more than a glorified dodge ball.

Wakka’s only weapon is a dodge ball which he somehow uses with deadly accuracy and can kill the most gigantic of monsters. It doesn’t matter what type of monster or person he is fighting, whether it be wolves, humanoids, machines or even god-like beings, his one solution is to throw a ball at it. The funny part is that it is one of the most effective weapons in the game. The game goes on to throw physics out the window as the ball returns to Wakka every time he throws it, almost as if he has the force. In the end it is a great weapon but it just leaves one unanswered question: Since Tidus is a better Blitzball player, and we know he is, why doesn’t he use it instead of being a typical protagonist with a sword? 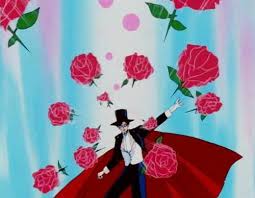 Alert: I am about to spoil almost every episode of Sailor Moon for you by telling you the basic, recycled plot structure. First, there is a monster who wants to steal people’s energy, or hearts, or whatever powers the main antagonist’s ego. The Sailor Scouts inadvertently stumble into the plot and then transform. After some unwitty dialogue, they use their signature moves on the enemy, which never do that much damage. The bad guy then beats the Scouts into submission, and as soon as the villiain is about to win and destroy the Scouts, a rose comes out of nowhere enough of a distraction for Sailor Moon to finish them off.

That rose is pretty much the only thing that guarantees the Sailor Scouts’ victory, and who throws it but the unmysteriously mysterious Tuxedo Mask. The rose is thrown like a lawn dart and can get stuck into any material, including concrete, and can stop any attack, no matter how powerful. It’s not even just the rose, it’s the whole procedure that accompanies the rose.

I wonder if it could stop a Kamehameha. 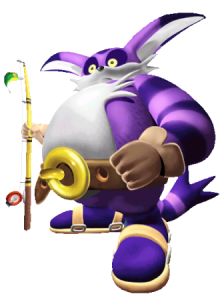 To truly get the full appreciation for how deadly this pole is, you need to play Sonic Heroes. Big is essentially the tank character on Team Rose and destroys Robotnik’s armies by doing little more than spinning his fishing pole. He spends the game just Indiana Jones-ing the crap out of robots. Big can also attach other accessories to the end of his pole to turn it into a true weapon of mass destruction. Ever seen a fishing pole get turned into a medieval flail? Once you play Sonic Heroes, you will. 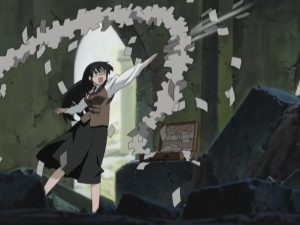 Rock, Paper, Scissors is a whole lot more interesting if you’re facing Yomiko Readman. She is the protagonist of the Read of Die OVA. She is a “secret field agent” for the British Library, part of a group where each member has special powers. Yomiko has the power to manipulate paper through a telekinesis-like ability, which is why she is given the name “The Paper.” Her job is to collect valuable books and documents and defend them from those who want to steal or destroy them.

It’s amazing what Yomiko is able to do with her mental control over paper. First she can manipulate paper into different kinds of weapons to be used against whoever she fights. She can use paper as a multipurpose shield as well. She even brings a bit of origami to the mix at one point to create a giant paper airplane that glides on the wind perfectly. At one point she even uses a handful of paper to block bullets at point blank range. That’s right she fulfills the role of Superman with only a couple sheets of blank paper. Don’t mess with her or you’ll be on the receiving end of one hell of a paper cut.

Did we leave out one of your favorites? Let us know in the comments, and maybe we’ll include it in the next column!