While Halloween is over a week gone, we here at The G.A.M.E.S. Blog feel that it’s never a bad time to cover some scary material. However, we wanted to take the road less traveled and avoid games that are supposed to terrorize. Instead, we present a list of the scariest moments from games that aren’t actually scary. Think of anything that we missed? Please let us know in the comments below.

Super Paper Mario – Mimi
The Paper Mario franchise has always been known for its lighthearted stories, and the Wii offshoot, Super Paper Mario, was no exception. It had all of the hallmarks of the franchise: interesting visual style, witty character dialogue, the little girl from The Exorcist….wait, what?

Yeah, that just happened. In a Mario game. That adorable pixelated girl just snapped her own neck, spun her head around, and grew spider legs out of her face. If that didn’t give some kids nightmares, I’m not sure what would.

The Legend of Zelda – Wall Masters 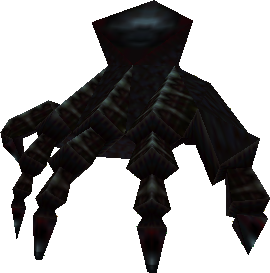 For a staple Nintendo franchise, The Legend of Zelda has a pretty scary staple of monsters. From the petrifying screams and uncontrolled humping of the Redead, to the shield-stealing gelatinous Like Likes, there are plenty of creatures that make players pause when they come upon them. The worst of these is also the oldest, first appearing in the original game. Imagine you’re wandering a dungeon, unsure of where to go next, when a giant hand falls from the ceiling and snatches you up. The true terror of these Wall Masters isn’t just what they look like, but what they do. If a player is caught in their grip, they are dragged back to the beginning of the dungeon, cursing and raging. By reinforcing the Wall Master’s deviousness through play, Nintendo turned these monsters into more than a mere jump scare. In Ocarina of Time, Wall Masters even had a new sound added when they began descending,  which let players know when it was time to start panicking.

Sonic the Hedgehog Games – Drowning
The first few Sonic the Hedgehog games had a very clear goal in mind: go as fast as possible and look cool doing it. The music was bright, cheerful, and energetic, the perfect motivator for all those high speed exploits. While that focus changed with the switch to the third dimension (and to be honest the growing supporting cast is quite scary on its own), the original games were as pure and lighthearted as the Mario games they were competing with. That is, until you fell into the water. Slowed to a crawl, most players would continue on as normal, unaware of the terror that was gathering. Suddenly, it hit you…

As a child, that music would freak me out as I raced around trying to get out of the water or find a bubble. It actually fundamentally changed the way I would play those levels. Instead of rushing through, I would slowly creep through each section, stopping every time I came across a bubble spawn. Even now, I still feel a twinge of panic whenever that music starts up.

Minecraft – The First Night
The first in-game day for a new Minecraft player will be spent in awe and wonder. Confronted with the massive, randomly-generated world, players have an innate desire to wander, explore, and punch everything they see. There are no in-game instructions or recipes for crafting, inviting experimentation to see what can be created. This freedom, however, also means that new players will not be ready for nightfall, when the monsters come out. What, no one told you about the monsters? Well, I hope you created a shelter. If not, then you will spend what is sure to be the last brief moments of your character’s life running in terror from zombies, skeletons, giant spiders, and creepers. Even if you escape them, be careful to watch for the Endermen… 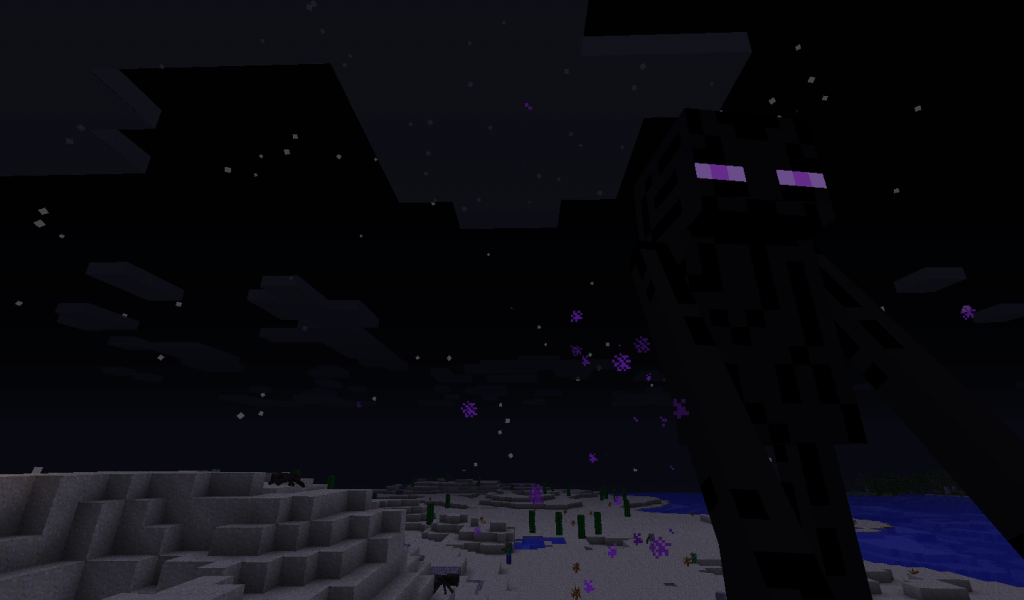 The Legend of Zelda: Majora’s Mask – The First Cycle
Right off the bat, Majora’s Mask distinguishes itself as the darkest entry in the franchise. Our hero, returned to childhood after having vanquished evil and saving the princess, is ambushed while traveling in the woods, robbed, and turned into a deku scrub. Coming off of a game in which a tree dying is the darkest moment, this change in tone was quite jarring. This feeling of unease continues as the player first enters the hub city, and looks up to see….

As players explore the city and try to piece together what has happened, a countdown is always there at the bottom of the screen, reminding them that time is almost up. As each day progresses, the music gets faster and more ominous, until you reach the final hours, and you are hit with a sorrowful song that emphasizes how powerless you are to stop the enormous, grinning moon from ending the world. At last, you manage to confront Skull Kid and get your ocarina back. Even so, there’s still nothing you can do to stop the world from ending, and you’re treated to a cutscene of yourself and the world being obliterated in a fiery explosion. That is, unless you return to the past to try again. Oh well, at least that nice man in the clock tower will help you out.

Okay, this last entry is for Journey. Since not everyone might have had a chance to play it yet, I’m going to go ahead and throw up a SPOILER ALERT! Seriously, if you haven’t played it yet, go fix that. For everyone else, we’ll continue on to… 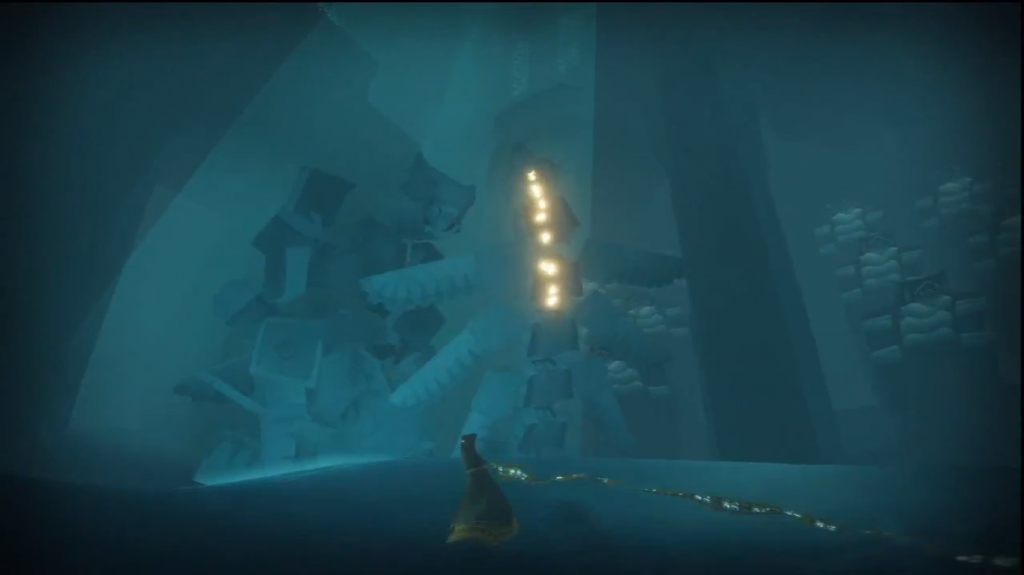 As the only thing in the game that can hurt players, the dragons brought a sense of tension whenever they appeared. In the final level, my partner and I were forced to take shelter every time one glided past. It makes you feel small, like a mouse trying to avoid a prowling stone serpent. It’s a feeling that doesn’t come very often in games, and it’s one that will stick with me for a long time.