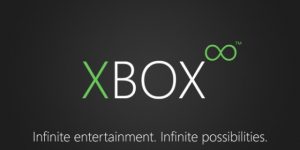 While the PS4 seems like it will be concentrating intently on the gaming experience, Microsoft has decided that their next console () will seek to be an all-around entertainment powerhouse. The Verge is reporting that the next-Box will function as a TV set-top box, similar to Google TV. Basic TV function with a specially-designed user interface will be ready at launch, but Microsoft is planning on rolling out advanced interactive features over time.

The Verge also reported that the Infinity’s integrated Kinect system may work in tandem with the TV applications. The Kinect will allow viewers to be able to interact with the user interface, but it will also be able to watch the viewer and pause playback in response to someone getting up or turning away from the TV.  We will likely see more information on the Xbox One’s TV functionality as well as other apps and games at Microsoft’s announcement scheduled for May 21st.

Updated (5/21/13): The official name of the console is the Xbox One. The rumored “Infinity” logo above and name were not created by Microsoft staff.