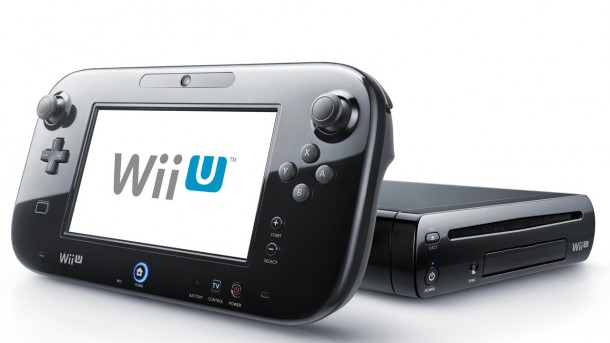 After the launch of the Playstation 4 and Xbox One late last year, 2014 will be the first year of the entire “New Console Generation,” and while a lot of the discussion recently has focused on whether Sony or Microsoft’s machine is performing better, there are still plenty of people who want to speak up about the Nintendo Wii U. Unfortunately, the majority of that news coverage isn’t what you would call positive. In the twelve months since its release in November 2012, the Wii U sold over 4.3 million units worldwide. While that might seem like a lot, the anticipated goal set by Nintendo called for selling 9 million units by the end of this fiscal year, March 2014. With the shiny new consoles that just launched cornering public attention and publicity, the future seems dark for the Wii U. In fact, since I started writing this article, Nintendo has official announced changes to their projected sales, which are much lower than their initial estimates. However, as the original Wii proved, one can never count out Nintendo, which is why I’d like to take a look at how the Wii U has done so far, where its main issues lie, and what lies ahead.

Last week, Eurogamer posted an interview with an unidentified developer who was present at the first unveiling of Nintendo’s newest console and was among the first to work with it. His (or her) account is a very interesting look at some of the behind the scenes work that goes into game creation, and I would recommend you give it a read. It does, however, bring to light several real problems that the Wii U, and Nintendo overall, is currently facing. The first comes from the hardware being used in the new console, which is considerably less powerful than its contemporaries. In a market that is constantly striving to raise the bar in every aspect of presentation and gameplay, this means that the Wii U faces an uphill battle when trying to compete for attention on multi-platform games. A bigger problem than just raw power, though, is the software that Nintendo’s console runs off of. While I do not claim to be any sort of programming expert, from what I’ve been able to gather, testing and implementing code for the Wii U took significantly longer than for other consoles (which, if you’ll allow me to go off topic, is very similar to complaints that were heard initially about the Playstation 3). These unwieldy tools caused a lot of delays during the development process, and hurt the overall final product. Perhaps the biggest issue pointed out by the interview is difficulty in communication between the developer in question and Nintendo. Long delays for question translation, late implementation of certain features, and what appeared to be a dismissive attitude from Nintendo all made for a frustrating work environment for this developer. 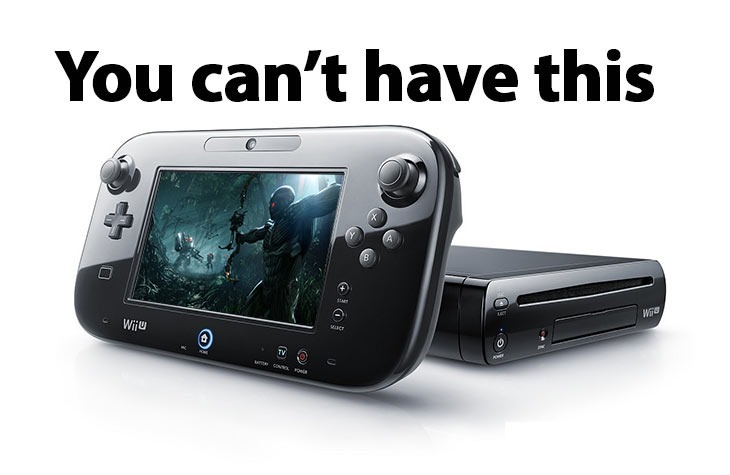 In my opinion, that last point, the communication trouble between with other developers, is the single biggest problem that Nintendo has struggled with recently. For fans of the company, there is never any question as to the quality of internal franchises like Mario and Zelda; those games will always impress and be a blast to play. However, the original Wii showed us that many third party developers struggled to harness the full potential of the such a vastly different console, which introduced a vicious cycle for Nintendo versions of multi-platform games. In spite of the increase in time and energy to make a Wii version of a game, that version would often under perform comparatively, saleswise. This would lead to less attention being put on upcoming third party titles, which in turn gave even fewer incentives for Wii owners to buy. This cycle seems to have carried over to the current generation, and has caused plenty of controversy already. Last year EA made headlines after it announced (and then unannounced) that it would not be supporting the Wii U in the future. Coming from one of the largest software companies in the industry, this is a fairly damaging statement. Reviews of the newest graphics engines, like the Frostbite 3 engine being used by Bioware for its Mass Effect and Dragon Age series, indicated that the Wii U would have trouble running these engines, if it could handle them at all. The loss of all these hotly anticipated titles is certainly disappointing for Nintendo fans, and it seems like the Wii U will struggle heavily when it comes to competing with the PS4 and Xbox One.

With all of the people crying out that this is the end for Nintendo and that they should back out of console manufacturing (for the millionth time), the fact remains that the Wii U isn’t, in fact, in direct competition with the PS4 amd Xbox One. When releasing the first Wii, Nintendo asserted on multiple occasions that they didn’t view themselves as being in the same market as their competitors. The sales numbers certainly backed up that claim, as a large portion of Wii purchases were made by the so-called “casual audience”, much more so than its contemporaries. By offering something that no one had seen before, they were able to create an entire new audience. In an interview last October, Nintendo president Satoru Iwata reinforced this position, saying “When we talk about Nintendo we cannot ignore (former president) Hiroshi Yamauchi who just recently passed away. He always said that if you have failure, you don’t need to be too concerned. You always have good things and bad, and this reflects the history of Nintendo. If you do the same thing as others, it will wear you out. Nintendo is not good at competing so we always have to challenge [the status quo] by making something new, rather than competing in an existing market.” Now, the Wii U is a very different beast than its predecessor, and its clear that it’s tablet-style controller hasn’t caught on in the same way the Wiimote did. However, to condemn the console since it won’t host Mass Effect 4 or have the best version of Call of Duty seems to be missing the point a bit. 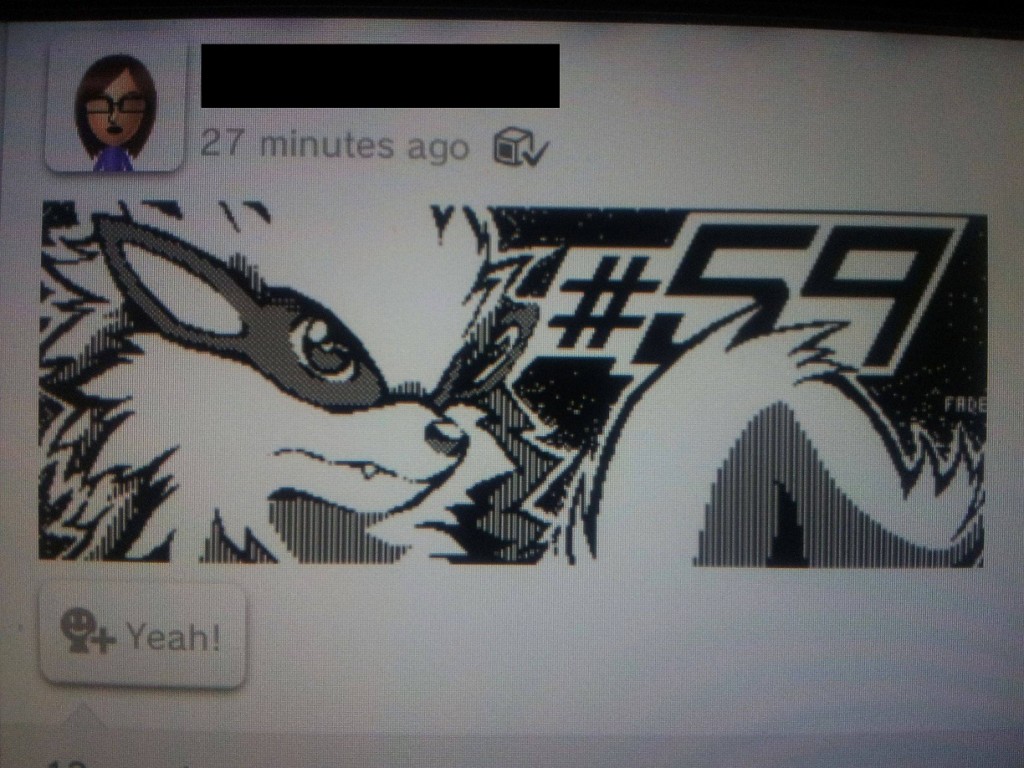 Enough with the conjecture, let me tell you how my experience with the console has been. I was a relatively early adopter of the system, picking one up last March. Since then, I’ve put plenty of time into the system, playing games, browsing the eShop, and taking advantage of all the features the console offers. Everything a gamer would expect to be in a next-gen system are present and accounted for, and stands up to it compatriots well enough. True, Nintendo’s inexperience with online multiplayer still shows, and signing up friends is still more cumbersome than it could be. However, the Wii U, just like its predecessors, promotes in-person multiplayer over digital connection, and these features are far more polished and compelling. More than once, I found myself playing with a group of friends until the wee hours of the morning, chasing each other in Nintendo Land or getting in everyone’s way in New Super Mario Bros. Outside of Rock Band sessions, I’ve never had that much fun playing with someone in person on a Sony or Microsoft console, and nothing I’ve seen from their latest offerings make me think that anything has changed. Probably the biggest surprise to me, though, is how much I’ve enjoyed the Miiverse service. Scrolling through the different game boards, looking at what people have written and drawn, gives a real sense of community, even among complete strangers. I’ve seen people answering questions, giving tips to new players, and just sharing in their common love of games. It’s something that I’ve never seen integrated into a console before, but it feels like a natural evolution, one that will probably be emulated by future console generations.

Looking forward, what will make or break the Wii U, as is always the case in our industry, are the games. For the first 12 months, the software lineup for the console has been sparse, to say the least. While there have been several high-profile titles, both from third parties and from Nintendo itself, the Wii U’s library still doesn’t offer as much as I would like. Luckily, this is one of the brightest aspects in my analysis, as there are plenty of exciting titles on the horizon. With new entries in Donkey Kong Country Returns, Super Smash Bros, Mario Kart, and more, Nintendo fans should not be disappointed this year. And while EA may be passing up the Wii U, exclusive third party titles, most notably Bayonetta 2 and the enticingly mysterious X, mean that there is still some interest from outside Nintendo itself. It remains to be seen how that mindset might change throughout the year, but in my opinion, this is where Nintendo should get a bit creative. The company has an enormous backlog of games and characters that have been untouched for years. If the first-party teams are too busy to touch them, I think that its high time that talent be brought in from the outside. It’s not exactly an unprecedented move; Retro managed to revitalize both the Metroid and Donkey Kong Country franchises, Capcom has done great work on handheld Zelda games, and the next Super Smash Bros. is under the helm of Namco Bandai. Its been far too long since we’ve heard from Ness, Captain Falcon, and Star Fox. All fantasizing aside, I believe that this is one of the keys that Nintendo needs to strive for: listen to their fans, take advantage of their brand loyalty, and continue to make great games. I know that I’ll be eagerly waiting to see what’s next in the pipeline. 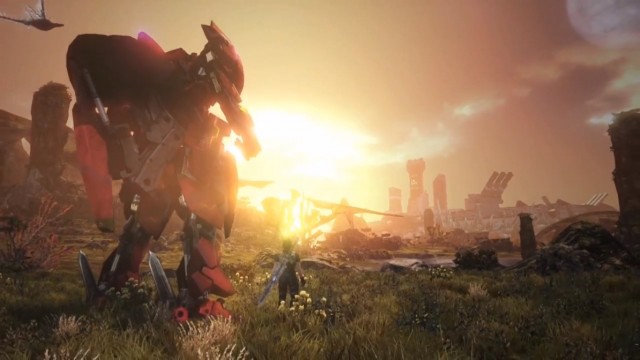 I’d like to hear from all of you. Is Nintendo doomed, or is this slump just temporary? What games or franchises would you like to see from them next? Please share all of you thoughts and ideas with us in the comments below.