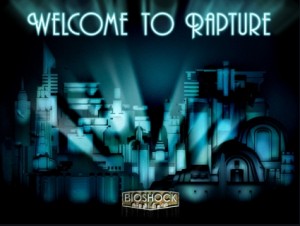 Bioshock is set in an alternate history 1960, the game places the player in the role of a plane crash survivor named Jack, who must explore the underwater city of Rapture, and survive attacks by the mutated beings and mechanical drones that populate it. The game incorporates elements found in role-playing and survival games. Plans for a movie have been around for a year or two. Director Gore Verbinski (of Pirates of the Caribbean fame) has told Comingsoon.net why the Bioshock movie has failed to get off the ground.

“I couldn’t really get past anybody that would spend the money that it would take to do it and keep an R rating,” he explained, “Alternately, I wasn’t really interested in pursuing a PG-13 version. Because the R rating is inherent. Little Sisters and injections and the whole thing. I just wanted to really, really make it a movie where, four days later, you’re still shivering and going, “Jesus Christ!”… It’s a movie that has to be really, really scary, but you also have to create a whole underwater world, so the pricetag is high. We just didn’t have any takers on an R-rated movie with that pricetag.”

I would like to congratulate Mr. Verbinski for doing this. Look how bad the Alien vs. Predator movies turned out when they tried to take M rated material and make a PG-13 movie out of it. Until another financier comes along I would definitely rather have no movie than a crappy one.