Sony announced a new game for the EYE toy called Kung-Fu Live. The game scans an image of you into the game world. It then tracks your body movement to control the in-game character. So if you punch or kick so does your character. There’s absolutely no way this can go wrong. 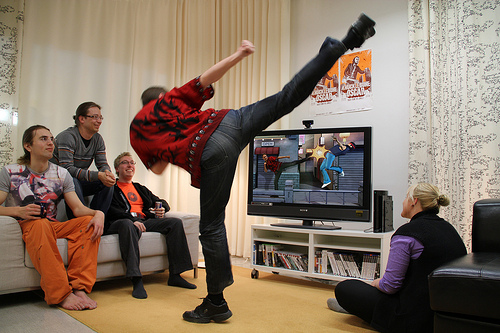 So how long after this is released will we start to see Wiitarded style videos of people kicking their friends, or punching through their tv’s? Or the more likely lawsuit when Tubby McTubbyton pulls or rips a muscle while trying to do a jumping side kick in his living room.

P.S.
Does anyone have an Eye Toy? Seriously. I have never seen one being used.