During the first few generations of video games, the stringent hardware restrictions meant that developers oftentimes couldn’t properly explain their games. These were dark times, my friends, full of strange mechanics, enormous instruction manuals, and tornadoes that would only appear if you crouched by a cliff with the damned red crystal. Over time, as the systems for gaming grew more powerful, games were finally able to properly explain themselves. Tutorials were provided, instructions were clarified, and there was much rejoicing.  Unfortunately, it sometimes seems like game makers have overcompensated for this discrepancy, often feeling the need to explain every little thing about their game to ensure players don’t miss anything. However, there is something to be said for mystery. It can enhance the drive to explore and discover, which in turn leads to more engaging experiences. That’s why we’re going to take a little time and recognize games that respected our intelligence and chose not to reveal their full hand right at the flop. 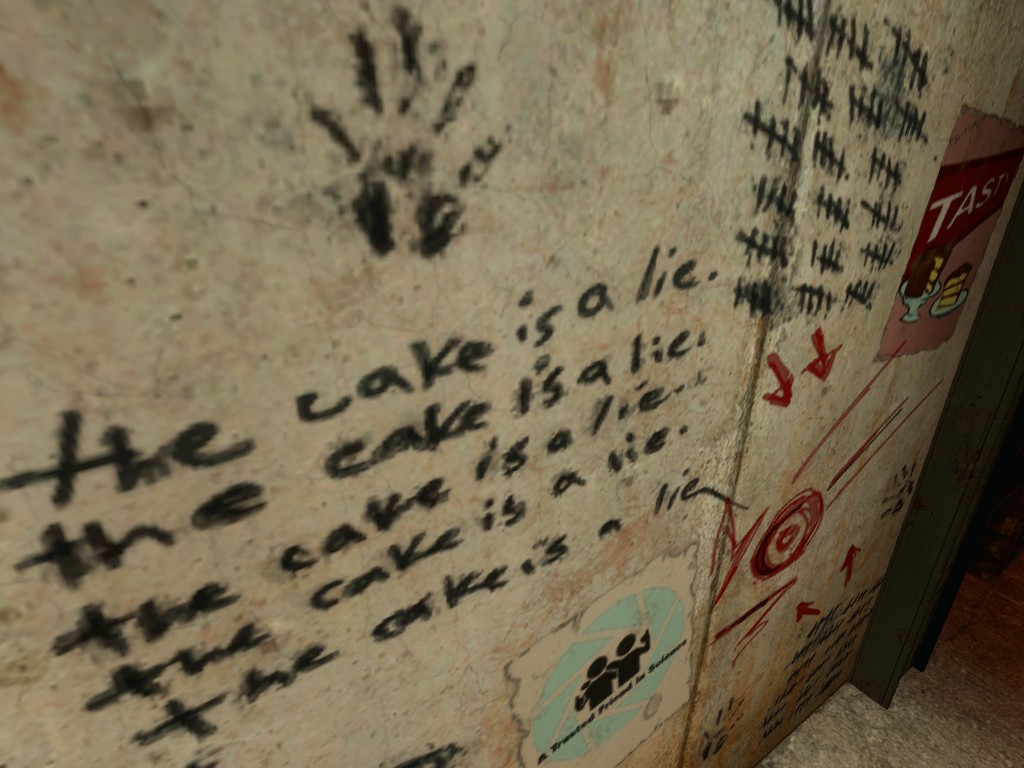 Originally released as a side note in Valve’s Orange Box compilation, Portal is an ingenious puzzle game that also manages to tell a story that is both funny and clever. One of the most noteworthy parts of the game’s narrative is how much of it is hidden from plain sight. Upon awakening inside of what seems to be a large glass cubicle, players are greeted by an indifferent computerized voice, which welcomes them to the “Aperture Science Computer-Aided Enrichment Center.” Players are then given free reign of the patented orange and blue portal gun and asked to make their way through different puzzle rooms. The bright, spotlessly white rooms, along with the charming (if a little quirky) GLaDOS, gives players a comfortable environment in which to defy the laws of physics. However, if players give a bit more attention to their surroundings, they’ll notice a few lonely little hiding spots that have been created behind the walls. What these “Ratman Dens” hide will change the entire tone of the game, as well as provide foreshadowing for coming events. All of the questions regarding their origins and backstory only make the story that much richer and enjoyable. 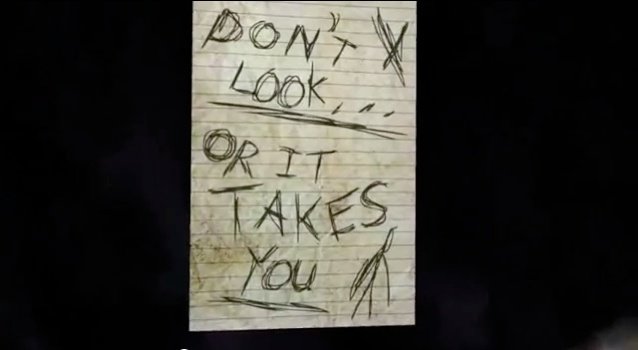 If you haven’t played 2012’s indie-horror game, Slender, stop reading this article. No, really, I’m not kidding. Go download the game from the creator’s website and play it in a darkened room. Its free, and it only takes about ten minutes to play. Don’t worry, I’ll wait ……

…. thank you. Pretty creepy, right? Slender manages to cram more tension and fear into ten minutes than some so-called “survival horror games” manage during their entire length, and it’s scares are primarily caused by the total absence of any explanation. Armed only with a flashlight and a mission, the player is turned loose in a dark forest. There are no maps, waypoints, or objective markers, which means it might take a first-time player a while to find even the first page. Even upon locating them, the player isn’t given any sort of explanation, other than cryptic warnings and creepy stick figures. To be honest, it could be a little bit boring, except for that damn drumming that keeps getting louder, and HOLY SHIT! WHO IS THAT!? WHERE IS HIS FACE? One of the primary tenets of horror is that people are afraid of the unknown, and Slender capitalizes on the fear of the unknown more than any game I’ve ever played. 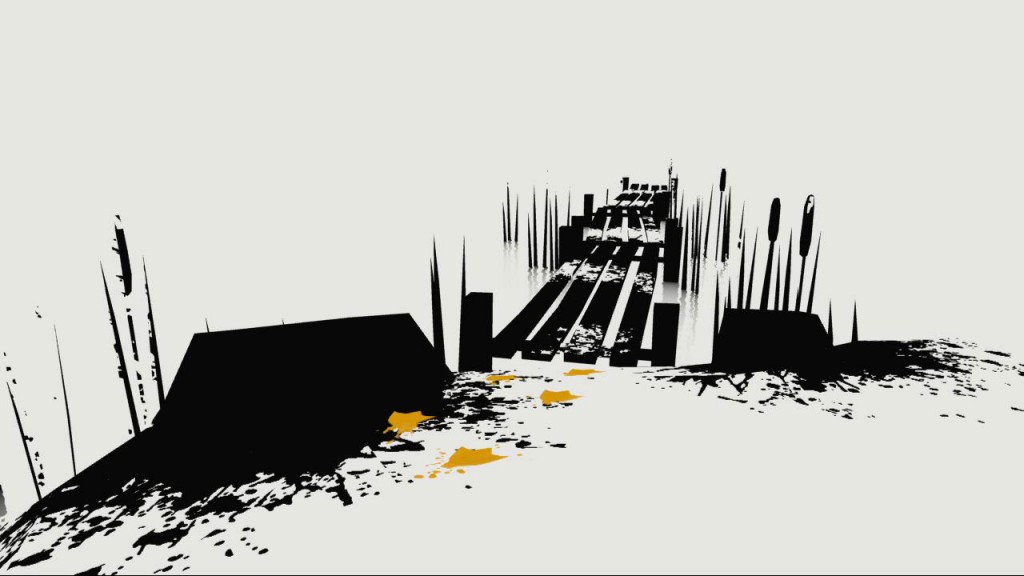 After watching the opening cinematic for The Unfinished Swan, players will be presented with a white screen. Wondering why the game was taking so damn long to load, they might notice that absently tilting the control stick results in the sounds of walking. Pushing a button will throw a ball of black paint outward before creating a large splatter on what was previously empty space. By strategically throwing paint balls, players can then leave this first room behind and explore the surrounding area. This opening is absolutely brilliant; it gives players the perfect opportunity to test their abilities while also introducing the mysteries surrounding the game world. Discovering the castle courtyard, with it’s large statue of a king, becomes all the more exciting when it literally appears right in front of your eyes. Its the perfect beginning to an original and charming tale, one that really should be experienced by more people. Its a shame that The Unfinished Swan was released in 2012, and therefore was overshadowed by another whimsical indie game….. 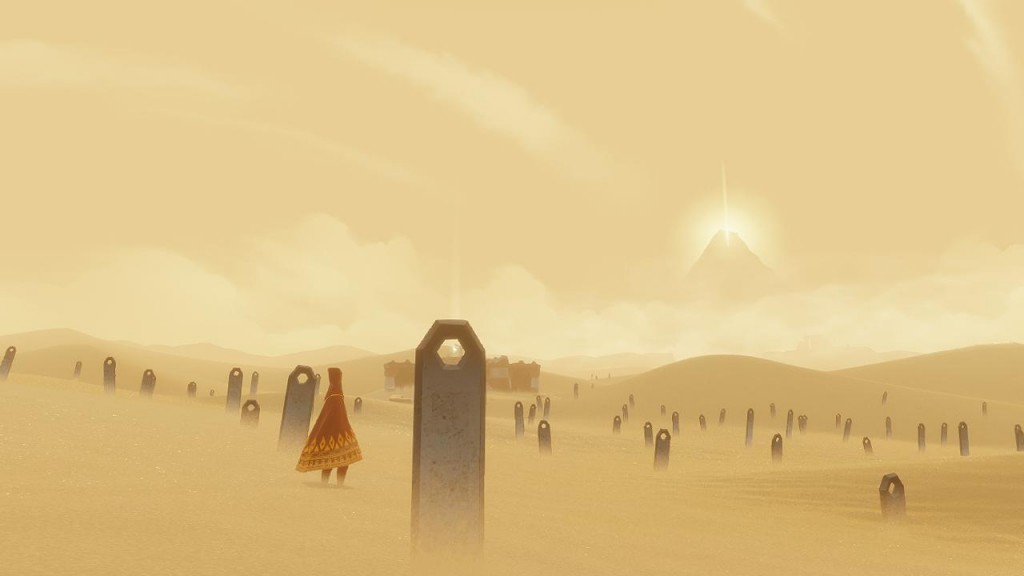 Oh, don’t give me that look! It’s been at least a month or so since I last sang Journey‘s praises. That being said, Journey is one of the most memorable gaming experiences I’ve ever had, thanks in no small part to the mysteries that surround the game. Without a single spoken word, Journey manages to paint a vivid picture for players. Wandering through the abandoned and crumbling ruins brings to mind so many questions as to who these white-cloaked people were; the brief visions the player experience at the end of each level only hints at the rise and fall of their civilization. It makes traversing the desert and exploring the underground caves all the more emotional and rewarding. By the end, players will feel called to make their journey again, trying to find any other hidden secrets or hints from the past. I should know, I’ve probably played through the game or watched someone else play through at least a dozen times (I really, really like this game, by the way). 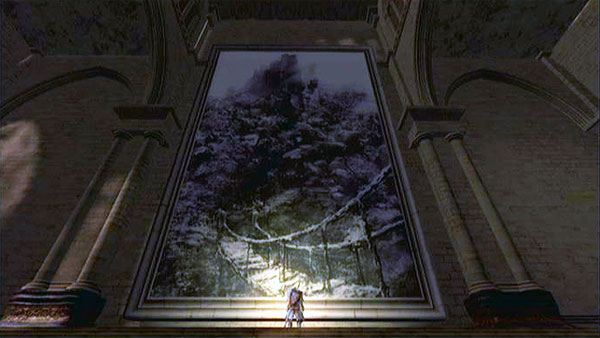 At first glance, the story of Dark Souls seems simple enough: the player is the chosen undead, sent to the land of lords to uncover the secrets surrounding their fate. By the time the end credits roll, its quite possible for the player to have only experienced an exciting quest to defeat demons and save the world (and die, of course). However, a closer look will reveal so much more. From the characters you meet to the monsters you fight, all have a story to tell; even the items in your inventory help to give snippets of information about names, places, and events. Countries like Catarina, Astora, and Oolacile become more than just mere words; they are all a part of the world. However, there are more reasons than just intellectual curiosity to delve deeper into Dark Souls; much of the content in the game is totally optional, including levels and bosses. There are even some NPC sidequests to be found, for those who go looking. Very rarely is anything what it seems to be in Dark Souls, and it is that sense of mystery and discovery that make such lasting impression.

Now that we’ve taken at look at how a sense of mystery can enhance a gaming experience, let’s examine a couple of games that could use a bit of mystery themselves.

The Legend of Zelda

Upon pressing “Start” in the original Legend of Zelda for the NES, players were unceremoniously dropped off in the middle of the woods, with no instructions on what to do or where to go. In fact, the game doesn’t even mandate that Link be given his sword in order to progress; one could simply not enter the Old Man’s cave. Starting with Ocarina of Time, however, the franchise has started flat out telling players what they should be doing. Tutorials in the beginning are unskippable, every item comes with its own instruction manual, and dungeons tend to be more linearly designed, with only a single pathway to follow to the end. The worst example of this is the most recent game, Skyward Sword, which forces the naggy spirit Fi onto the player. She constantly informs players of the next course of action, even if it is stupidly obvious or something the player has done before. Don’t get me wrong, the Zelda franchise is probably my favorite in all of gaming; I just hope that the upcoming Wii U title respects my intelligence just a little more. I already know how a sword works (pointy end goes into the other man, right?).

Time to trot out my favorite whipping boy. The lore of Final Fantasy XIII is vast and complicated, spanning to different worlds, many organizations, and  more made up words than you can shake a chocobo at (fal’Cie create le’Cie who become Cie’th. Yeah, that’s not confusing). While there is nothing wrong with a detailed world, its the way that it presents itself that is the problem. Uncovering new information in XIII is normally done one of two ways: a pre-rendered cutscene or the encyclopedia that automatically updates after cutscenes. Very rarely are players left to wonder about anything; by the time something is introduced, the game has already provided a detailed explanation for. To be fair, this is an issue shared by plenty of JRPG’s (I’m looking at you, Xenosaga), but Final Fantasy is one of the biggest names in the industry, and should be able to give us better. Plus, admit it, you wouldn’t know what to do with yourself if it wasn’t here this week.