Friday morning, Valve made the third and final announcement related to their hardware initiative. After detailing SteamOS and the hardware it would run on, Valve tackled the final missing piece of their console puzzle: the controller. Valve’s newly-announced controller will be available separate from the Steam Machines various manufacturers are producing, but they did not specify if it will be required to be included with Machines manufacturers produce. 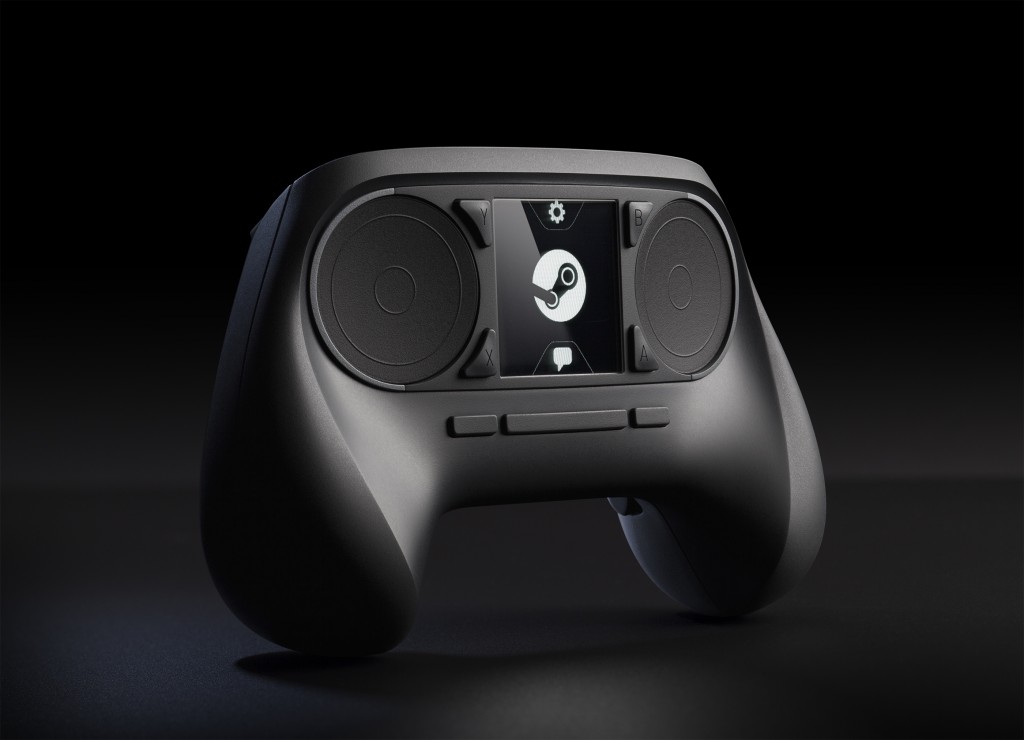 The controller features 11 conventional buttons, including the now-standard ABXY and two shoulder buttons, but the similarities to conventional controllers end there. Instead of thumbsticks, the controller has two concave touch pads, which function similarly to trackpads on laptops or touchscreens and also can pressed in as buttons. Valve reasons these pads can function as effective replacements for either thumbsticks or a mouse, depending on the needs of the game. Additionally, the controller features a touchscreen front and center, which will allow for additional functions when the controller runs out of buttons.

The reason for this fairly unconventional controller is that Valve believes it can serve as an effective replacement for a mouse and keyboard. They acknowledge that some Steam games plainly do not support controllers, and believe that this device will serve as an easy way for players to enjoy those games while still playing on a TV. The controller is included with the Steam Machine hardware beta, prior to its wide release next year.

While many players had hoped for more out of this series of announcements after the major news of SteamOS, it is this writer’s opinion that Valve has made a bold statement. Valve believes they can enter the hardware game to compete right along with Sony, Microsoft, and Nintendo, and bring the moddable, hackable, customizeable ideals of PC gaming to a mass audience through the living room. The picture still needs filling out though: the hardware specs, design, and most importantly, price, of these Steam Machines will likely dictate much of their success.