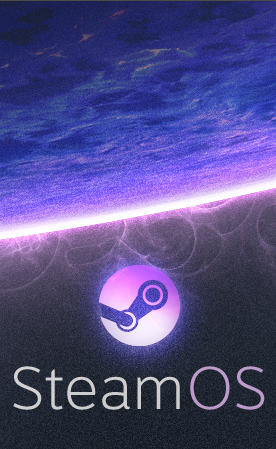 Valve software recently announced the first part of what could be considered their major entry into the console market traditionally held by the likes of Sony, Microsoft, and Nintendo. The rumor mill started on Friday afternoon, where Valve put up a page teasing the expansion of the “Steam Universe”. On Monday, they revealed the first of their three announcements: SteamOS. The operating system can be installed on any computer, and it’s designed to make a PC connected to a TV easy for anyone to use with a controller. If a gamer wants to build their own cheap machine or move a PC into the living room, they can install and run SteamOS instead of Windows for free. The option most gamers will likely prefer though, is to buy a console-sized prebuilt computer running SteamOS, which Valve is expected to detail soon.

SteamOS can already run a lot of the games on the Steam service, and Valve anticipates more to come. They have already made deals with “AAA titles” to run on SteamOS, which will be announced over the coming weeks. In addition to games, SteamOS will run video and music services just like its other console counterparts. Finally, SteamOS will support gamers who already have invested in gaming PCs with its streaming option, which allows for a powerful gaming PC to send a live video of a game being played to any TV connected to a computer running SteamOS, just like Sony’s PS4 streaming with the Vita.

As the current console generation has gone on longer and longer, many gamers have turned to the increasingly cheaper gaming PC option, and Steam is frequently the platform of choice with its TV-friendly interface and controller support. SteamOS is the first half of a very tempting equation: if Valve can also provide a console-sized PC at a good price, then they have effectively entered the console games market right alongside the big three.

Is this a good move for Valve? It’s hard to tell. As-is, this year’s new console wars entrant, Ouya, has failed to leave a large sales impression on the gaming world in general, and Nintendo’s Wii U has not yet lived up to sales expectations. Additionally, Microsoft and Sony are bringing out new consoles this Christmas, and if Valve has only gained gamers pining for a good place to play prettier-looking games, then the PS4 and Xbox One may just satisfy that need better than Valve’s SteamOS can. That said, there’s potential in a gaming console that you can simply buy an upgrade for rather than outright replace, one featuring games that tend to sell for much less than their other console counterparts. Valve might just be onto something here.

The second of Valve’s three announcements this week will be unveiled Wednesday.