A sidekick can make or break a protagonist. They are meant to compliment the main hero and to add a little more depth to the experience of the player and to the story. The magic behind a good sidekick is that they can sometimes be more memorable than the hero. Sidekicks can be lovable, fantastically annoying, epic and deadly, quite witty or, in some cases, pretty useless. While most sidekicks fill their role perfectly, there are those who rise above this role and achieve main-stage greatness by becoming a hero themselves, and then there are those who never achieve that greatness but definitely deserve to share in that glory. Here are few sidekicks who deserve that chance, but have not received it.

Hunter the Cheetah from Spyro 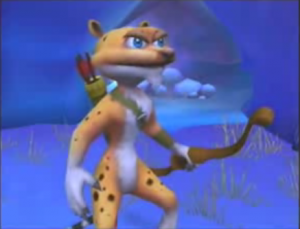 Since arriving in Spyro: Ripto’s Rage, Hunter has joined Spyro on all his adventures to save various worlds from supernatural and interdimensional monsters. Whenever Spyro has gotten into a tight spot, Hunter has been one to jump right in and help out. Along with his cheetah abilities, which give him enhanced speed and athletics, he is also pretty handy with a bow and arrow. There are other sidekicks that come along and help Spyro, but Hunter deserves his own game. Not only is he the original, but he is the most versatile. When it comes to good animal-human hybrid characters, they should be able to be put into many different situations that they need overcome. Compare him against some of the other sidekicks from Spyro: Sgt. Bird, is made to just fly and drop bombs, Sheila the Kangaroo is there if you need stuff smashed, and that goes double for Bently the Yeti. The only other sidekick that could even remotely be on Hunter’s level is Agent 9 because he can do more than just shoot a laser gun.

If given his own game, the best way to go for Hunter would be a combination of a third-person shooter and platformer (something like Ratchet and Clank). His main weapon would be the bow and arrow he loves to carry, and there would be able to gain power ups for your arrows, like in Legend of Zelda. Plus, since he’s a cheetah, the gameplay could take advantage of this and include some race levels and other speed-related elements, too.

Waluigi from the Mario series 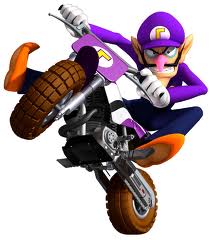 He’s tall, he’s slender, and he’s more purple than some demented dinosaurs, he’s Waluigi. Since his debut, he’s played second banana to Wario, and, much like his green counterpart, no one has given Waluigi the respect he deserves. A good number of recurring Mario characters have their own game: There is Yoshi’s Island for Yoshi, Wario has his puzzle games, Luigi’s a ghost hunter, and, hell, even Peach had her own game and some of us never thought of her as a dangerous warrior. Luigi has his own game because of Mario, heck Nintendo gave him a whole “Year of Luigi,” so why not apply that same principle to Waluigi (even though Wario and Waluigi aren’t technically brothers).

How should his game go? Let’s take a different direction and have Waluigi be a robber. Why? Because just look at him. Doesn’t he remind you of those old-timey villains you see in the silent movies who are always tying random women to train tracks? Waluigi is tall, slender, has an evil laugh and a handle bar mustache; there’s only one thing that would make him even more devilish: a cape. All you do is sneak around and rob the world of its most precious items. He would be like Carmen Sandiego only Super-Mario style. 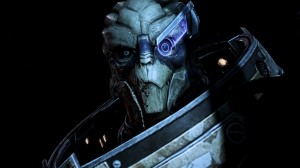 Police-officer-turned-intergalactic-mercenary Garrus Vakarian is one of the most badass sidekicks of the Mass Effect series. Many of the characters are awesome in their own way, but Garrus is one of the best sharpshooters to accompany Shepard on his/her quest to rid the galaxy of The Reapers. He became more badass when he was shot in the face and just got right back up and decided to kick more teeth in. He deserves more than just a scar for that kind of effort.

What would Garrus’s game be like? It could be his interim story between games, when he ran his own mercenary group as Archangel. The gameplay would be generally the same as Mass Effect, but it would take a page out of the Assassins Creed book in the respect that you would be able to recruit more mercenaries to use for your missions.

Epona the Horse from Legend of Zelda 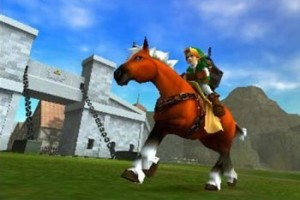 This may seem like it came from left field, but stick with me on this one. Link was turned into a wolf for Twilight Princess; now, what if they did the opposite for Epona? That’s right, what if there was some magic cast so that Epona would become human to help save Hyrule on her own. In her game, she could cast spells and be given her own special weapon to destroy the forces of evil, maybe some sort of mystical staff or horseshoes just for the fun of it. With all the different incarnations of the Legend of Zelda, many having similar flow, this seems to me like a good way to try a new direction in the series. Sure it’s a bit unorthodox, but then again, why not?

Of course there are plenty of sidekicks out there that should, and even might, get their own video games. But until that day, they will continue to be overshadowed by the hero of their series, and they won’t get to shine. Who else deserves a game? You tell me.