A couple of weeks ago, I talked about the effect that the crowdfunding website Kickstarter has been having on video games. To briefly summarize, by giving developers an alternate funding method, they are able to create games that would otherwise have never been approved by large, established publishers. Pet projects, experiments, and genres that have been considered “dead” are now reviving. This more personal relationship between game maker and game players has also fostered a more open development process, as developers typically keep the public updated on their progress and interact with them on forums.

However, there are still plenty of potential dangers involved with such a venture which are unique to this method. Developers, overconfident from the success of their fundraising and not used to dealing with the financial side of a project, can promise too much, making the entire project over-budget and negatively impacting the end result. From a gamer’s perspective, many of the backers don’t really understand that giving a project money is not the same as buying a game; developers have no obligation to deliver all of their goals and promises, if they deliver anything at all. That said, its not all doom and gloom; so far, none of the big projects that are currently underway seem to be in any danger of failing to deliver. Even better, there have been plenty of games that have already gone through the entire development cycle and been released to the public. Here are just of few of these success stories. 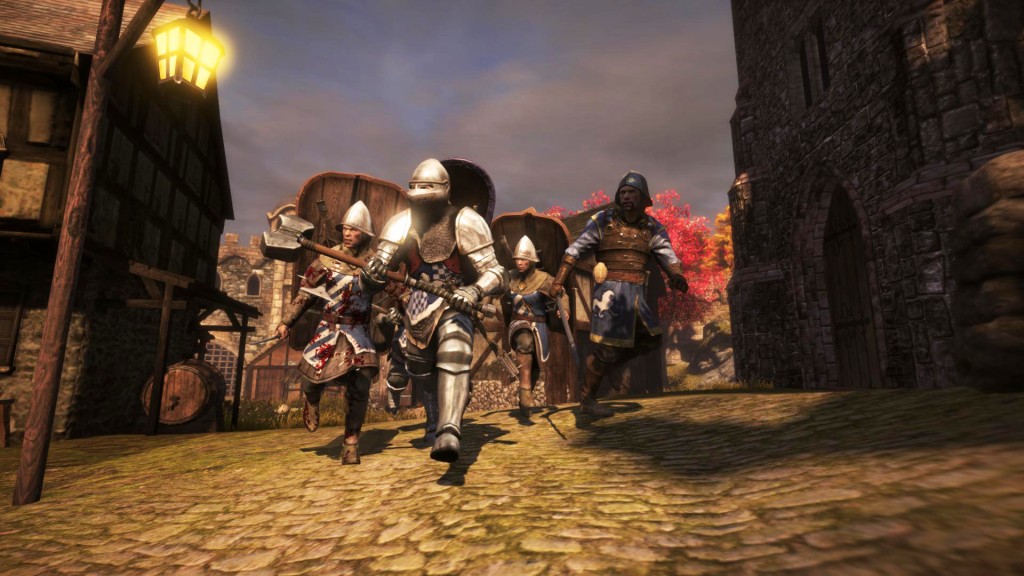 Chivalry: Medieval Warfare – Torn Banner Studios (172% Funded)
Based on the Half-Life 2 mod Age of Chivalry, Medieval Warfare is a multiplayer combat game, in which teams of players go after each other with both melee and ranged weapons to achieve objectives like breaking down a castle gate or raiding an enemy camp. The game has been widely praised for its impressive visuals and exciting, satisfying combat. If you enjoy Battlefield, but wish the characters could just whip out a broadsword and stab each other, you should check out Chivalry: Medieval Warfare, which is available through Steam.

The Last Door – Alejo AC (122% Funded)
Flying in the face of the graphical powerhouses like Amnesia, Slender: The Arrival, or the upcoming The Evil Within, The Last Door shows us that you don’t need fancy lighting engines or a high polygon count to create a tense, creepy atmosphere. Players will point and click their way through this very pixelated adventure game as they try to unravel the events leading up to the cryptic opening. The game is being released in episodes, with the first one priced at the very reasonable amount of “free”, so there really is no reason not to check this one out. 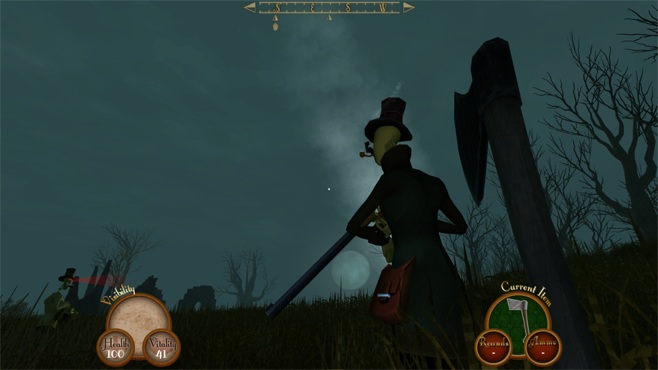 Sir, You Are Being Hunted – Big Robot (231% Funded)
What if you took the large, open world environments and survival mechanics of DayZ, but replaced boring, overused zombies with gentlemanly steampunk robots with rifles? You’d come up with Sir, You Are Being Hunted, which tasks players with finding a set of rune stones while juggling their supplies and avoiding the patrolling death machines. Players are hopelessly outmatched by their mechanical pursuers, which leads to some genuinely tense and nerve-wracking moments. While not completely finished, an Alpha version of the game is available for purchase and play on Steam.

Organ Trail: Director’s Cut – The Men Who Wear Many Hats (545% Funded)
Like many children, I grew up playing Oregon Trail, as it was one of the few computer games they would let you play in elementary school that didn’t involve typing lessons. Also like many children, I often wondered how I would fare if the dead were to rise from their graves and feast on the living. Well, Organ Trail: Director’s Cut brings both of these interests together and tasks players to travel across the country to escape the zombie apocalypse. Everything you remember from the original game has been faithfully recreated here, only seen through a zombie-colored lens (eww, that sounds gross): you’ll still have to manage your rations, set your pace, and try to keep your party alive, all while dealing with the horrifying and overpowering threat of dysentery. It’s a lot of fun, and you can pick it up now on iOS, Android, and Steam. 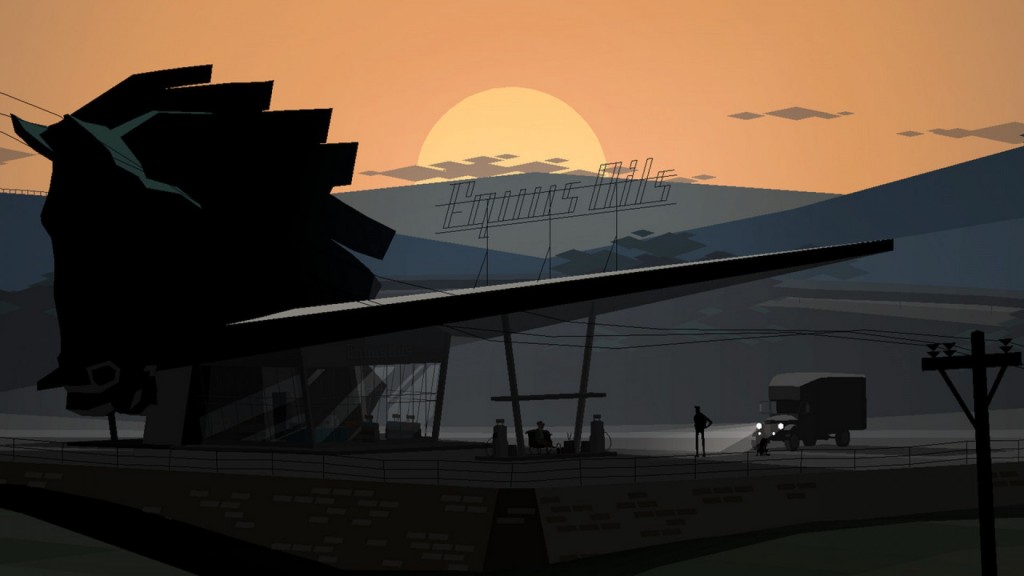 Kentucky Route Zero – Cardboard Computer (132% Funded)
For many older point and click adventure games, the real draw lies in the bizarre and often convoluted puzzles. Not so with Kentucky Route Zero, an episodic adventure game that puts the emphasis first and foremost on atmosphere and storytelling. While players are forced down a linear path by the narrative, at different points they are asked to make dialogue choices, which lets them develop their own take on the main characters’ personalities.  This game is also gorgeous, with stylized cel-shaded graphics that reinforce the game’s setting and tone. The first two acts are available now on the developer’s website, but you can also buy a season pass for the whole thing on Steam.

FTL: Faster Than Light – Subset Games (2005% Funded)
For anyone who ever wanted to go on wacky space adventures, romancing beautiful green women, FTL is not the game for you. Instead, FTL is an unforgiving rougelike that asks players to micromanage every aspect of their ship and crew to avoid being reduced to cosmic space dust. However, that just makes the taste of victory even sweeter. Every discovery or victory feels important, and with randomly generated loadouts, events, and encounters, you’ll never have the same experience twice. It’s also the little details, like venting your oxygen into space to put out fires, that make the game so memorable. It’s an extremely well-made and polished experience and a must play for any fans of space, rougelikes, or fun. Anyone interested can pick up a copy of the game from the company’s website or through Steam.

Shadowrun Returns – Harebrained Schemes, LLC (459% Funded)
Based on the cyber-fantasy table top game Shadowrun, Returns has players tracking down their old partner’s killer and untangling the web of intrigue that surrounds his death. The game takes place from a isometric perspective, with gorgeously detailed areas for the players to explore. A high level of character customization allows you to play as you’d like, affecting everything from combat tactics to dialogue options. Even after completing the main story quest, the inclusion of mod tools means that there is sure to be plenty of content to keep people coming back for a long time. Players can pick up the game on Steam. 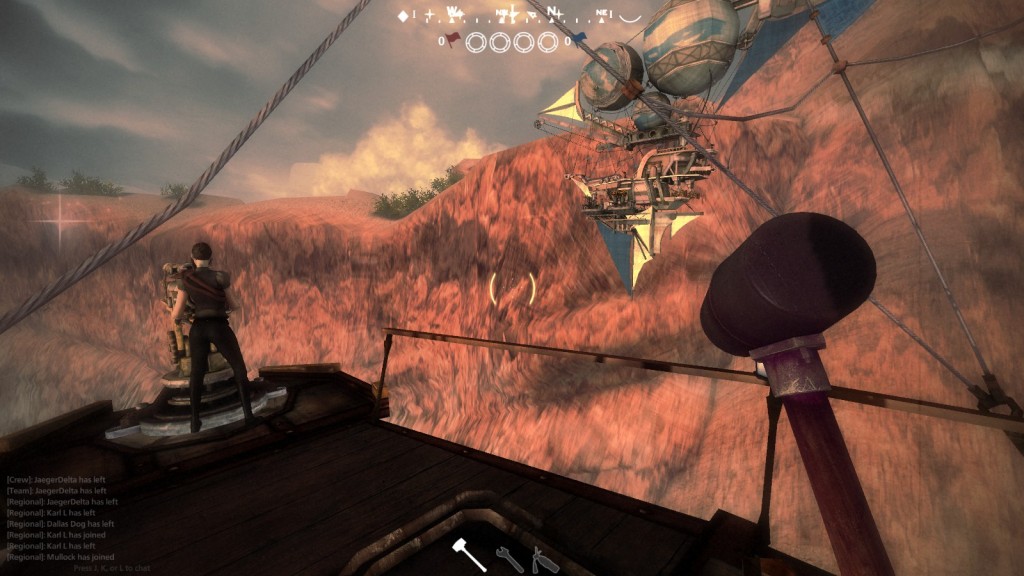 Guns of Icarus Online – Muse Games (352% Funded)
When most first person shooters put players on teams, this usually doesn’t amount to more than having a few people on the map that you don’t shoot at. Guns of Icarus Online is a bit different: it has teams of three working together to keep their sweet airship afloat and fighting against other airships. It’s a unique concept and one that has me itching to take control of my own personal flying ship. Currently, the game only supports PvP, but a second, more recent Kickstarter campaign promises to develop a co-op PvE mode, along with a host of other small gameplay improvements. The game is available now through Steam.

Cloudberry Kingdom – Pwnee Studios (118% Funded)
Do you like Super Mario Bros., but wish it wasn’t so short? Well, Cloudberry Kingdom should fit the bill quite nicely, as it might just be endless. With procedurally generated levels, almost a dozen alternate play methods (including jetpacks, side-scrolling shooter-style flying, and VVVVVV-style gravity flipping), and a ridiculous amount of options for fine-tuning the game’s enemies, physics, and controls, fans of platformers will always have a new challenge waiting. And just in case you think a level is unbeatable, there are options to show an optimal path or even have the computer run it for you. After attracting a lot of buzz during its Kickstarter, Pwnee Studios also got backing from Ubisoft, and you can play Cloudberry Kingdom on practically any console, except for the 3DS. 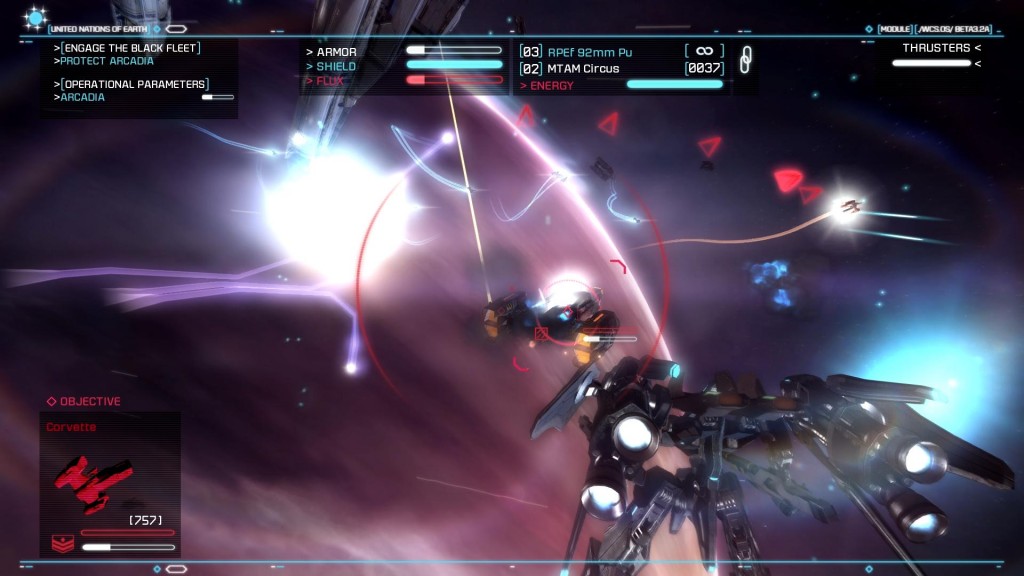 Strike Suit Zero – Born Ready Games (175% Funded)
Fans of space flight combat games haven’t had much to be excited about in recent years; this is definitely one genre that has fallen by the wayside. Born Ready Games decided to change that with Strike Suit Zero, a game that has players defending the United Nations of Earth from attacks by the space colonies. The visuals in this game are gorgeous, with players dogfighting around planets, stars, and other beautiful vistas. The game also offers plenty of customization options for your ship and weapon loadouts. The controls are smooth, reminding me of games like X-Wing vs Tie Fighter or Zone of the Enders, which is always a good thing. While people who aren’t fans of the genre won’t be won over by it, Strike Suit Zero is still a great game, and a type that we don’t see very often. The game is available through Steam, Amazon, Green Man Gaming, Good Old Games, and the company’s website.

I hope you all enjoyed this list and look into any of the games that sound intriguing to you. Do you know more great Kickstarter games that have released? Please share them in the comments below. As an update, Mighty No. 9 and Shantae: Half-Genie Hero have both successfully completed their campaigns; hopefully you supported them, if you were interested. I know that I did.