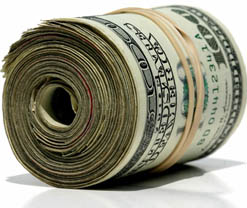 The New York Times has a nice article on the tax breaks and subsidies that game companies in the US receive.   Most of those are not aimed specifically at video games but some creative accountants and some heavy lobbying (especially from EA in recent years) has allowed these companies to get money that was meant to bolster basic Research and Development and reword exporting of manufactured goods.   Essentially the US government wanted to encourage companies to become the next Bell Labs and revitalize the manufacturing sector.

Some of the tax breaks you can get as a video game company include:

This is just a sample of the federal side of things.  According to the article there are currently 20 states that offer tax credits and subsidies specifically to video game developers.

EA’s official thoughts on taking those credits is:

To do otherwise would be like a consumer “insisting on paying full price during a store sale,” wrote Jeff Brown, a company spokesman.

Using those credits EA was even able to turn $1.5 BILLION in profits into a net loss.  Looks like they’ve been reading up on how to do Hollywood Accounting.

And now for a bit of my thoughts on this.

I don’t blame the companies for taking advantage of these tax laws.  After reading this, I can only think of all the whining the industry does over needing to stop used game sales, and go all digital distribution because its the only way for them to make a profit.  Just like all the oil companies, you are able to make plenty of money, and with these credits you can even turn all that into a loss (on paper at least) so you never pay a dime in taxes.  So don’t expect me to care anymore.