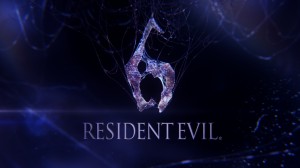 In a dashingly shrewd bit of marketing, Capcom has announced that players who pick up Dragon’s Dogma will be rewarded with a demo of Resident Evil 6. Well, hopefully that will be the second reward on top of buying a good game.

Players who purchase a retail version of Dragon’s Dogma will receive a redeemable token allowing download of the demo. Additionally, players on Xbox 360 will have early access and can download the demo globally on July 3, while PlayStation 3 owners have to wait until September 4 in North America and Japan and September 5 in Europe.

This is all lovely news, but what about Dragon’s Dogma? I personally had never heard of the game until this announcement, and Resident Evil 6 demo aside, my interest has been piqued. It appears to be Capcom’s foray into the open-world RPG style, replete with giant monsters, fiery dragons, and the developer’s typical melodrama. Sign me up.

Dragon’s Dogma releases May 22. Check out the story trailer here, but be warned: there is a bit of blood.