Another weekend, another roundup of deals, courtesy of yours truly in the pre-E3 weekend edition of Coupon Clipper.
Steam starts us off with a free to play weekend on both Saints Row the Third and Sid Meier’s Civilization V.  If you decide you like them, you can snag them both for 75% off ($9.99 and $7.49, respectively.) 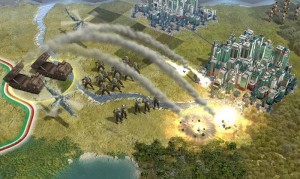 Green Man Gaming is also offering the same deal on Civilization V and knocking Stealth Bastard Deluxe and Defiance down to 50% off ($4.99 and $29.99 respectively.) Green Man Gaming is also temporarily cutting down Dark Souls: Prepare to Die Edition to $14.99. If these deals weren’t sweet enough for you, they’re also offering a 20% off coupon you can use on any sale items. So you don’t have to go searching for it, the code is GMG20-JLKSA-7A8HA.

Amazon is hosting an all-inclusive Warner Bros. games sale.  You can pick up a lot of great titles on the cheap, such as the Batman Arkham Asylum/City combo for $11.99, Bastion for $7.49, and Scribblenauts Unlimited for $14.99.

GamersGate is hosting “Swedish Weekend”, offering 50 – 75% off Swedish-developed games like Hotline Miami, Magicka, March Of The Eagles, the Hearts Of Iron series, and Krater.  We’ve reached out to GamersGate to see if they plan on offering digital Swedish meatballs to celebrate. They haven’t sent any confirmation or denial.