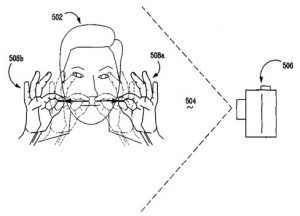 Slash Gear is reporting that they have found a copy of Microsoft’s patent for the Kinect, and if the device can really do everything in the patent, it may have more functionality than it originally seemed. While most of us will have no trouble using the voice-activated menu system, there are those for whom that isn’t an option. Luckily, Microsoft has thought of that as well, and they will be able to use American Sign Language to communicate with the device instead.

It will be able to read the hand gestures and convert them into letters and words for use in chat. The Kinect camera creates a skeletal map that even articulates individual fingers, which is how it is will be able to interpret various signs. Of course, there are some signs that look similar; so, I’m sure that ASL input will have its frustrations, just like when Google Voice comes up with mangled transcriptions of your messages.

You have to give Microsoft credit for being forward thinking on this one. There have been a lot of debates recently, and even a few lawsuits,  concerning equal access to video games for people with disabilities, and this is definitely a big step towards equalizing things a little more.

Update (8/12/10): According to Gamespot, Microsoft has announced that sign language support will not be ready by their November 4th launch date. They are still working towards the support; however, some of the capabilities listed in the device patent will not be available.

According to a statement from Microsoft, “We are excited about the potential of Kinect and its potential to impact gaming and entertainment. Microsoft files lots of patent applications to protect our intellectual property, not all of which are brought to market right away. [The version of] Kinect that is shipping this holiday will not support sign language.”

At least the patent wasn’t entirely misleading, but it is a little disappointing. I’m sure Microsoft is still practicing twirling their moustaches for the camera, though.