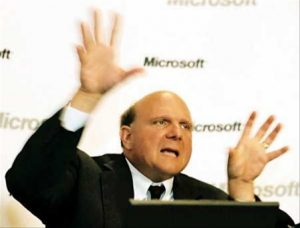 In a speech this morning for the Microsoft Partner Conference, Steve Ballmer announced new Skype details as well as a service called Xbox Music. The service, which will be released this fall, will contain 11 million tracks of music. Those with Kinect will be able to search for songs using Kinect’s voice recognition.

It would not surprise me for it to be completely new. I think we all remember the Plays for Sure fiasco. Should it be a new service it will also likely mean that all your Zune purchases will need to be bought again. I guess we will find out as more information comes out.

[UPDATE: 7-12-11] A Microsoft spokesman has told VG247 that Ballmer misspoke.  He was merely talking about Kinect being integrated into Zune Marketplace.  So no new services are being launched.