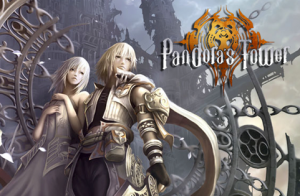 If you’ve been following the fan movement known as Operation Rainfall, then you’ll be interested in this news from Xseed Games. The company that released The Last Story has announced plans to bring the third game in the OpRainfall trio, Pandora’s Tower, to North America as well. There isn’t an exact release date yet, but Xseed says it aims to release the Wii RPG in Spring 2013.

In Pandora’s Tower, ex-mercenary Aeron is in a race against time to prevent a young singer named Elena from becoming a monster. He must fight his way through a series of towers, destroy each tower’s boss, and bring the creatures’ flesh to Elena so she can eat it and keep her transformation at bay. If you take too long to defeat the bosses, Elena’s condition will get worse, which affects the end of the game.

It doesn’t look like Xseed has an official site up for the game yet, but it does have a Facebook page, which you can check out here.

Now that Pandora’s Tower has found a publisher, the original goal of Operation Rainfall (to bring Xenoblade Chronicles, The Last Story, and Pandora’s Tower to North America), has been fulfilled. Whether you’ve played the first two OpRainfall games or not, are you planning to pick this one up? Let us know in the comments!